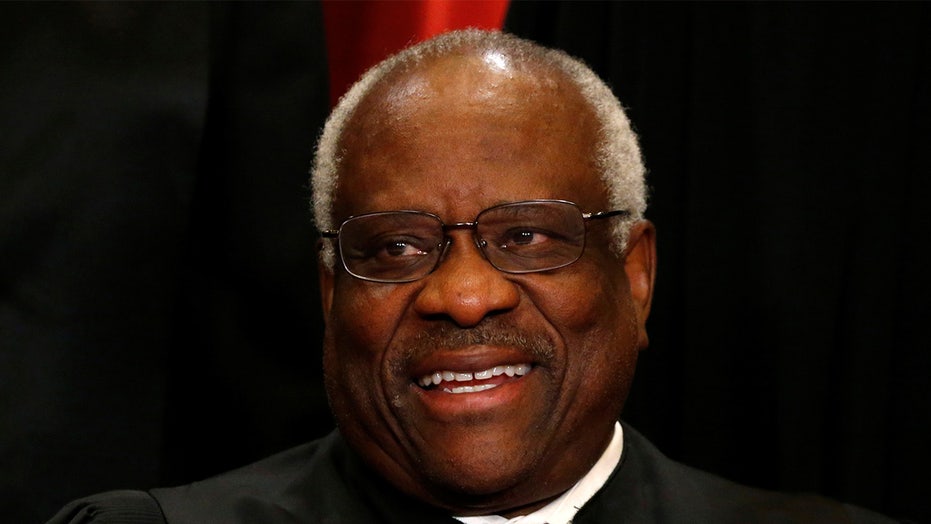 Famously quiet Supreme Court Justice Clarence Thomas on Monday asked questions during the court's remote oral arguments, marking just his third time speaking during the sessions in over a decade.

Thomas asked the questions via audio teleconferencing in a case on whether Booking.com could trademark its namesake.

The last time Thomas, who is the only African-American and the only Southerner on the court, asked a question was in March 2019, in a case involving a black Mississippi death row inmate, Curtis Flowers, who was tried six different times for the 1996 murders of four people in a furniture store.

Before that, Thomas asked one question in 2016, less than two weeks after the death of Justice Antonin Scalia. That question came 10 years after the last time Thomas had chimed in during oral arguments.

"Could Booking acquire an 800 number that's a vanity number, 1-800-booking for example, that is similar to 1-800-plumbing, which is a registered mark?" Thomas asked to the U.S. government's lawyer, Erica Ross. 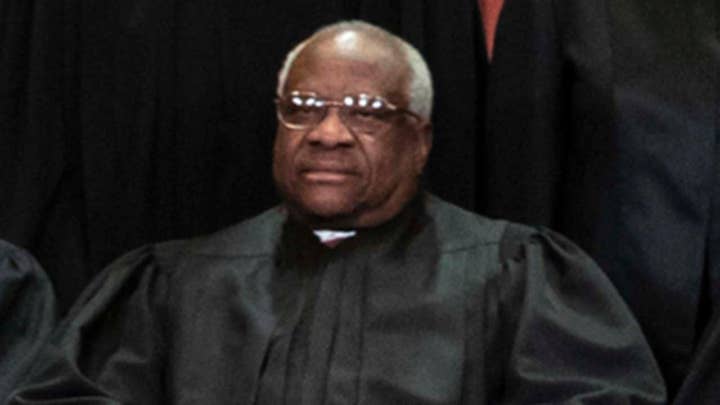 After Ross' response, Thomas followed up: "That could be true, but I'd like you to compare this to Goodyear," Thomas said, referencing a past case. "In Goodyear, you had a generic term, but you also had an added term, such as company or inc, which any company could use. With Booking here there could only be one domain address dot com, so this would seem to be more analogous to the 1-800 numbers which are also individualized."

With the justices and the lawyers arguing the case dealing with the session remotely, the court is adjusting how its oral arguments are run in order to compensate for the fact participants will not be able to see each other as they dial-in to a conference call.

Normally, lawyers for each side make their case for a couple of minutes before the justices begin peppering them with questions in no particular order. Under the new procedures for the remote oral arguments, lawyers have two minutes to open their arguments before justices ask their questions in order of seniority — Chief Justice John Roberts first, newest Associate Justice Brett Kavanaugh last. If there is extra time after all justices have had their queries answered, more questioning is possible.

Thomas normally has the benefit of listening to his colleagues' questions. But as the second-most senior justice, Thomas got his chance to ask questions after only Roberts.

Roberts, who is a stickler for ensuring oral arguments run productively and efficiently, moved the questioning along between the justices quickly, with each justice getting to ask about two questions to each lawyer.

Most justices who questioned Ross on the government's case seemed suspicious of the claim that "Booking.com" is not eligible to be trademarked.