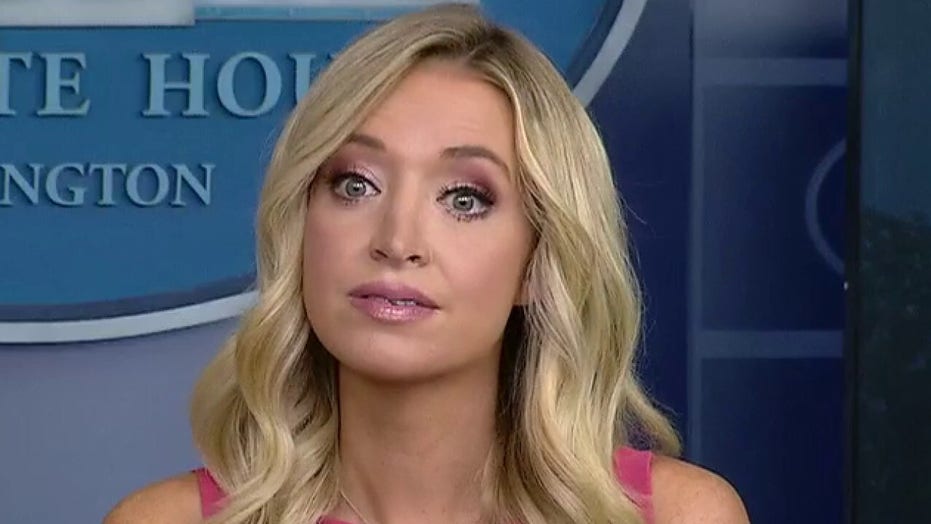 White House press secretary Kayleigh McEnany said the White House has “no regrets” over the controversial clearing of protesters from Lafayette Square before President Trump walked across the street last week to St. John’s Church.

“There are no regrets on the part of this White House because, look, I would note that many of the decisions were not made here within the White House,” McEnany told reporters of the park clearing last Monday.

She referenced how the attorney general has said he approved the clearing of the protesters.

“It was Attorney General Barr who made the decision to move the perimeter Monday night. Park Police had also made that decision independently when they saw the violence in Lafayette Square,” she said.

McEnany also said that Park Police issued three loud warnings that protesters needed clear the area, at which point some cleared and some hurled objects at police.

“Park Police acted as they felt needed to at that time and we stand by those actions,” McEnany said.

On Friday, Barr told The Associated Press that did not give a command to disperse protesters in the park, rather that law enforcement officers were already pushing them back when he arrived to survey the scene.

Both the White House and other administration officials had repeatedly said Barr, who accompanied Trump on his visit to St. John’s Church, ordered officers to push back protesters, which they did with pepper balls and smoke canisters.

The order was executed Monday afternoon just minutes before the president gave a public address on the nationwide unrest following the death of George Floyd. The act -- which came shortly before a city curfew went into effect -- ignited outrage from critics who claim protesters were moved so the president could participate in a photo opportunity.

And while many critics claimed tear gas was used, the Park Police told WTOP it deployed smoke canisters.

But on Friday Park Police spokesman Sgt. Eduardo Delgado said it was a “mistake” to insist in a statement Tuesday that no tear gas was used to clear Lafayette Park on Monday.

However, Delgado insisted that Park Police did not lie, explicitly noting that pepper balls were shot. Pepper balls can cause irritation to the eyes and cause tears.

“I’m not going to say that pepper balls don’t irritate you,” Delgado told Vox. “I’m not saying it’s not a tear gas, but I’m just saying we use a pepper ball that shoots a powder.”