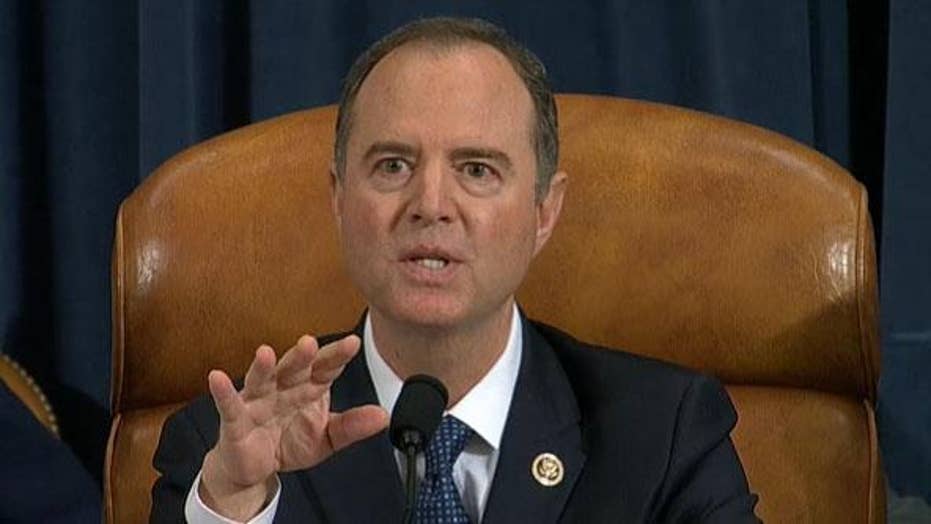 'We need to protect the whistleblower': Schiff

Lt. Col. Alexander Vindman, an Army officer at the National Security Council, told Nunes that he spoke with two people outside the White House about Trump's July 25 call with Ukrainian President Voldomyr Zelensky in the immediate wake of the interaction, including State Department official George Kent and one member of the "intelligence community."

Nunes then pressed Vindman about which agency the intelligence community member hailed from.

Schiff continued: "If the witness has a good faith belief that this may reveal the identity of the whistleblower, that is not the purpose that we are here for."

Nunes then pressed Vindman on the fact he testified in his deposition that he did not know the whistleblower, asking "How it is possible for you to name these people and then out the whistleblower?"

Vindman cited his lawyer's advice and Schiff's ruling as a reason to not answer Nunes' question.

Eventually, Vindman's lawyer jumped in to make clear that Vindman was not invoking his Fifth Amendment rights, as Nunes implied, but simply following Schiff's ruling. This prompted Schiff to jump in again, citing a whistleblower's legal protections.

Nunes then mentioned that Republicans had made efforts to speak with the whistleblower but had been stymied by Democrats.

"We've attempted to subpoena the whistleblower to sit for a deposition," he said. "The chair has tabled that motion and has been unwilling to recognize those motions over the last few days of this impeachment inquisition process."

Tuesday’s sessions at the House Intelligence Committee started with Vindman and Jennifer Williams, an aide to Vice President Mike Pence.

The witnesses, both foreign policy experts, previously said they listened with concern as Trump spoke with the newly elected Ukraine president. An intelligence community whistleblower complaint about Trump's call with Zelensky touched off impeachment investigations in the House of Representatives and eventually the passage of a resolution formalizing procedures for the inquiry before the beginning of public hearings last week.

On the phone call, Trump asked Zelensky to investigate Burisma Holdings -- a Ukrainian gas company that 2020 contender Joe Biden's son, Hunter, previously worked for as a board member despite holding few qualifications related to Ukraine or gas -- and a largely discredited theory that Ukraine interfered against Trump in the 2016 presidential election. Democrats have accused Trump of withholding an Oval Office meeting and almost $400 million in military aid from Zelensky as leverage to persuade him to pursue those investigations, which would have been politically beneficial to Trump.

Later Tuesday, Kurt Volker, the former U.S. envoy to Ukraine and Tim Morrison, who was previously the top adviser on the National Security Council handling Russian and European affairs, will publicly testify.

Fox News'  Brooke Singman, Gregg Re and The Associated Press contributed to this report.