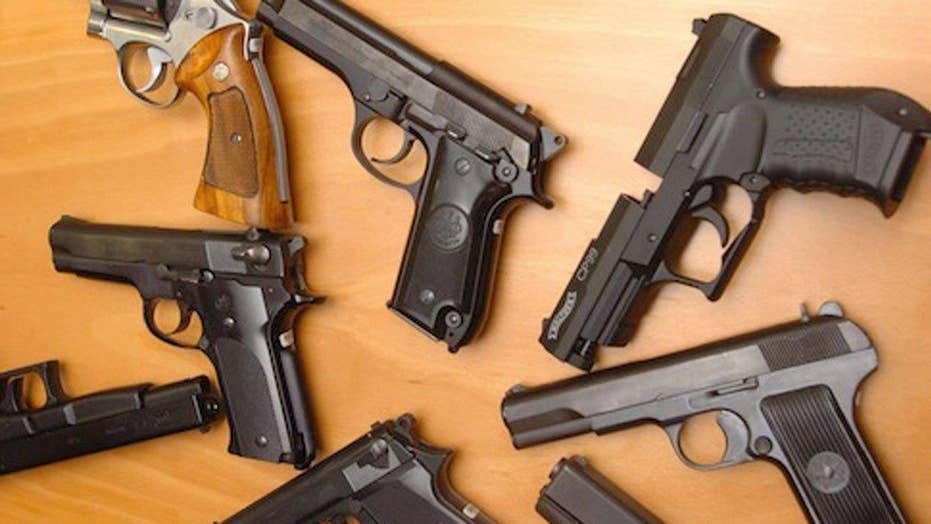 House Speaker Paul Ryan and other top Republicans pushed back Thursday on growing calls from Democrats to ban people on terror watch lists from buying guns, even as Donald Trump and other GOP figures opened the door to discussing it.

Calls for action have increased in the wake of the terror massacre at Pulse nightclub in Orlando that left 50 people, including the gunman, dead on Sunday. The gunman, Omar Mateen, had been on a watch list for 10 months before being removed.

“I will be meeting with the N.R.A., who has endorsed me, about not allowing people on the terrorist watch list, or the no-fly list, to buy guns,” the presumptive GOP presidential nominee tweeted Wednesday.

Whether Trump would support an outright ban or just a delay for gun sales for those on watch lists is not clear.

That is the sticking point right now in the Senate.

Sen. Dianne Feinstein, D-Calif., and other Democrats are pushing a measure to ban those on no-fly lists from purchasing weapons.

But Republicans worry about such a measure infringing on gun rights for someone wrongly included on such a list.

Sen. John Cornyn, R-Texas, has a dueling measure to delay a gun sale for 72 hours, but require prosecutors to go to court to show probable cause if they want to block the sale permanently.

Cornyn’s bill has been backed by the NRA.

Meanwhile, Republican Sens. Charles Grassley, of Iowa, and Ted Cruz, of Texas, have a measure that would notify law enforcement if anyone investigated for terrorism in the last five years tries to buy a gun -- in addition to making other changes.

Democrats drew more attention to their version of the legislation Wednesday night as Sen. Chris Murphy, D-Conn., held the floor along with colleagues in a nearly 15-hour filibuster that lasted into the early hours Thursday.

"We can't just wait, we have to make something happen," said Sen. Cory Booker, D-N.J., at an emotional news conference where Democrats joined family members of people killed in the nation's recent mass shootings. "These are people bound by brutality, and their numbers are growing."

But Majority Leader Mitch McConnell, R-Ky., blasted Murphy's filibuster as a "campaign talk-a-thon" that did nothing but delay potential votes.

Cruz also slammed Democrats, saying on the Senate floor the Democrat effort was nothing more than a political distraction that avoided the real issues.

“I find it ridiculous that in response to an ISIS terror attack, the Democrats go on high dudgeon that we've got to restrict the Second Amendment rights of law-abiding citizens,” Cruz said. “This is not a gun control issue, this is a terrorism issue.”

"That's an incredibly ignorant thing for her to say," Cornyn said. "That anybody can be denied their constitutional rights without due process of law and without the government coming forward and establishing probable cause, that's simply un-American."

A possible bipartisan compromise was proposed by Sen. Pat Toomey, R-Pa. Toomey said Wednesday his bill would prevent potential terrorists from getting a gun, while providing an extra layer of due process that the Democratic bill lacks.

“I have drafted legislation that takes the best features from both of the previous proposals, effectively preventing terrorists from being able to purchase guns, while also safeguarding the rights of innocent Americans who are mistakenly put on the list,” Toomey said.

Meanwhile, the Justice Department backed a ban on gun sales to those on watch lists.

“The amendment gives the Justice Department an important additional tool to prevent the sale of guns to suspected terrorists by licensed firearms dealers while ensuring protection of the department’s operational and investigative sensitivities," a DOJ official said in a statement.

The DOJ’s stance is a departure from past warnings from FBI Director James Comey, who reportedly has said a ban could alert terrorists they are being investigated.

Ryan cited those remarks when talking to reporters.