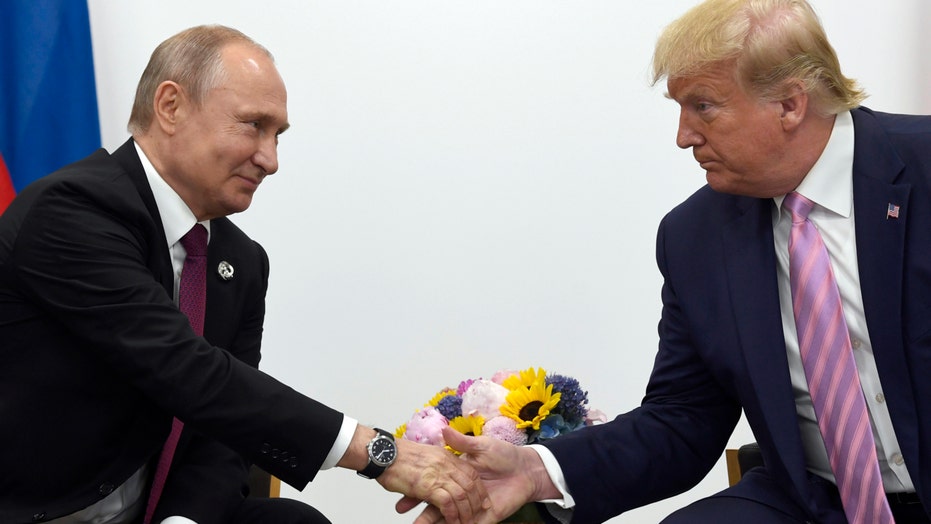 U.S. official: No evidence to suggest Russia has made specific ‘play’ to help Trump in 2020

Contrary to numerous recent media reports, there is no evidence to suggest that Russia is making a specific "play" to boost President Trump's reelection bid, a U.S. intelligence official told Fox News on Sunday.

Republican lawmakers who were in the Pierson briefing noted that Trump has taken on Russia in numerous ways, one official present told The Associated Press. The White House has opposed Russia's major proposed pipeline in Germany, provided deadly arms to Ukraine and accused Russia of violating key arms treaties, among other measures. 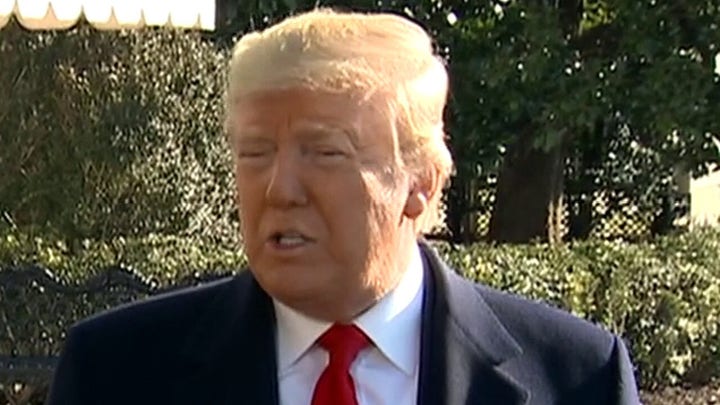 Then, it was reported that U.S. intelligence officials had briefed Vermont Sen. Bernie Sanders that Russia was trying to help his campaign too, although it was unclear how or why the alleged support for the self-described democratic socialist was occurring.

Pierson told NPR in an interview that aired last month that the Russians “are already engaging in influence operations relative to candidates going into 2020. But we do not have evidence at this time that our adversaries are directly looking at interfering with vote counts or the vote tallies.”

Pierson, appointed in July 2019 by then-Director of National Intelligence Dan Coats, has worked with intelligence agencies including the CIA, the FBI, the National Security Agency and the Department of Homeland Security to identify anyone seeking to interfere with U.S. elections.

Pierson told NPR that the U.S. didn’t know exactly what the Russians were planning, but she said it’s not just a Russia problem. “We’re still also concerned about China, Iran, non-state actors, hacktivists and frankly — certainly for DHS and FBI - even Americans that might be looking to undermine confidence in the elections.”

At an open hearing this month, FBI Director Christopher Wray told the House Judiciary Committee that Russia was engaged in “information warfare” heading into the November election, but that law enforcement had not seen efforts to target America's infrastructure. He said Russia is relying on a covert social media campaign to divide the American public.

Following Sanders' big win in the Nevada caucuses on Sunday, pundit James Carville declared on MSNBC that Russian President Vladimir Putin was the real winner in the race -- a claim that drew mockery online, even as it remained a dominant theme among establishment pundits.

For example, Dan Pfeiffer, a onetime adviser to former President Obama, went so far as to say Sunday that Russians wanted Sanders to win in order to "give Trump the opponent that Trump wants" in November.

And, CNN national security analyst Asha Rangappa, who briefly served in the FBI before becoming a university admissions officer, asserted that "Russia loves Bernie" because "He, like Trump, plays the 'us vs. them' game, and the 'them' is anyone who doesn’t support him, personally. It’s destructive, divisive, and encourages disillusionment in our institutions. Sound familiar?"

Meanwhile, former Vice President Joe Biden has alleged that Russia was deploying a Facebook army against him, although he has acknowledged no one in U.S. intelligence informed him of this alleged development.

Conservatives and left-of-center journalists alike have condemned the vague and unsubstantiated allegations of Russian interference, saying they would sow distrust in candidates and institutions only further -- a possible goal of Putin.

"The menacing agency interfering in Our Elections isn’t the KGB/FSB. It’s the CIA," wrote The Intercept's Glenn Greenwald, referring to the leak that Sanders had been briefed weeks earlier about Russian support for his campaign. That leak was reported just hours before the Nevada caucuses began.

Added journalist Aaron Mate, referring to Pfeiffer's remarks: "This captures why Russiagate fear-mongering was never about a real threat, or about stopping Trump. It was about defending the privilege of neoliberals who lost to Trump in 2016. Bernie is now their biggest threat, so Russiagate is deployed once more."

"You should simply write off anyone in the media who’d run wild with a new evidence-free 'Russian interference' story at this point," commentator Michael Tracey said. "Such journalists and pundits deserve contempt, mockery, and anger for 'undermining our democracy.' THEY are the ones 'sowing discord.'"

"Another misinformation campaign is being launched by Democrats in Congress saying that Russia prefers me to any of the Do Nothing Democrat candidates who still have been unable to, after two weeks, count their votes in Iowa. Hoax number 7!” Trump tweeted last week, responding to the initial reports.