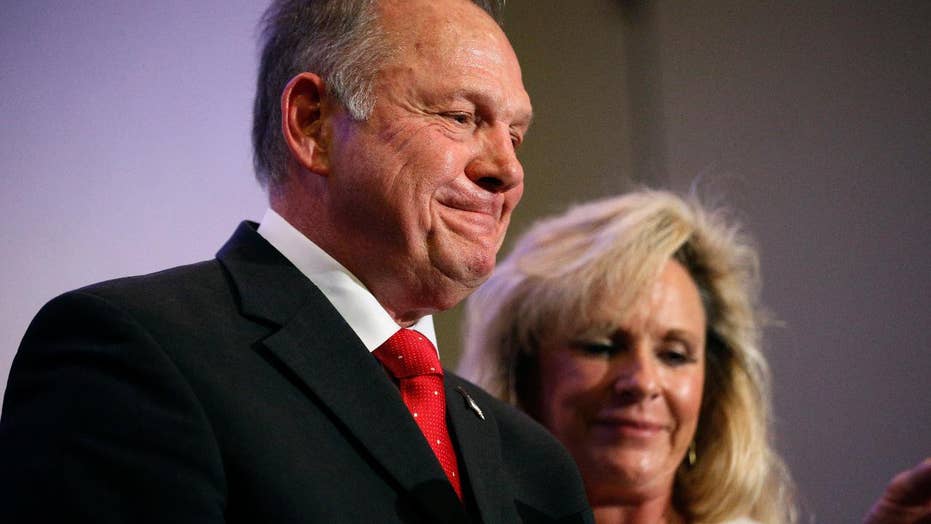 Roy Moore's wife defends him amid the allegations

Women voters are breaking for the Democrat in the Alabama Senate race; Peter Doocy explains for 'Special Report.'

Roy Moore on Saturday fought back against lawyer Gloria Allred for her refusal to release a high school year book that she says is evidence in the sexual misconduct allegations that threaten to derail Moore’s bid for an Alabama Senate seat.

Moore, a firebrand conservative and Republican candidate in the Alabama special election, has recently been accused by at least eight women of sexually inappropriate contact roughly 40 years ago -- when the former district attorney was in his thirties and the women were teenagers.

Before the scandal, Moore led the special General Election race for the open Senate seat of Republican Jeff Sessions, now the U.S. attorney general, by as many as 6 percentage points.

Election Day is Dec. 12. President Trump won Alabama last year by 28 percentage points, and the state has not elected a Democratic senator since 1992.

Allred on Wednesday said that she would give the book to the Senate Judiciary Committee’s handwriting expert if the GOP-led panel chooses to have hearings on the matter.

“Does the Roy Moore campaign seriously contend that 40 years ago Ms. Nelson had someone sign her yearbook as Roy Moore District Attorney?,” she also said. “We have little doubt as to the outcome of that inquiry.”