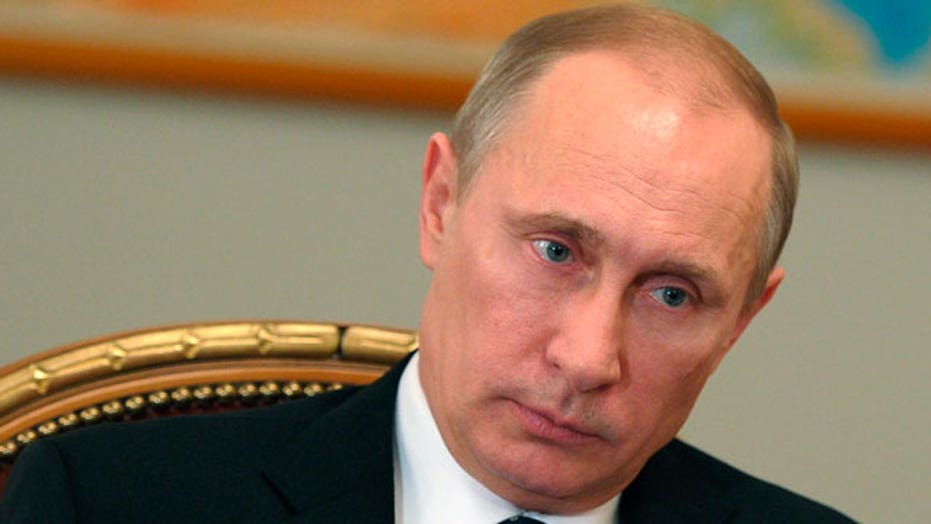 Was Mitt Romney right to warn about Russia?

Mitt Romney is having a moment.

His poll numbers are rising, with a Purple Strategies survey showing him leading all other Republican contenders in the 2016 New Hampshire primary. (Of course he’s been out of the arena for over a year and isn’t running, but it shows that his stock is up.)

Now he’s having an I-told-you-so moment in the wake of Russia’s invasion of Ukraine, even if he’s too polite to say he told us so.

It was widely considered a gaffe back in 2012 when the Republican candidate told Wolf Blitzer that Russia “is without question our No. 1 geopolitical foe. They fight every cause for the world’s worst actors.”

Romney’s comments came after President Obama was heard on a live mike telling Dmitry Medvedev that he would have more “flexibility” after the election.

Well, you would have thought that Romney had declared that the Martians were about to invade. He was roundly mocked and criticized by much of the mainstream media, especially from the left.

“His comments display either a shocking lack of knowledge about international affairs or just craven politics. Either way, they are reckless and unworthy of a major presidential contender.”

The Boston Globe said that Romney “seems intent on screaming ‘fire’ in a crowded theater, even if his audience doesn't seem to be responding. He should choose his words more wisely. Diplomacy, far more than campaigning, requires finesse.”

Romney was pilloried on MSNBC. Chris Matthews dripped with condescension: “I don’t know what decade this guy is living [in]. It sounds like not ’72, but ’52. It’s not Stalin over there. It’s not Khrushchev. It’s not Brezhnev.”

Andrea Mitchell, who certainly knows foreign policy, called Romney’s comments “a throwback to the Cold War.” She said that “we work with Russia all the time. Hardly an ally, but certainly not an adversary.” (Hat tip to Mediaite for compiling the sound bites.)

Even Foreign Policy magazine, reacting to Sarah Palin saying in 2008 that Obama’s approach would encourage a Russian invasion of Ukraine, called that “an extremely far-fetched scenario.”

I asked Stuart Stevens, who was Romney’s top campaign strategist, what he made of the coverage at the time.

He blamed the reaction on Democratic spin, which, he said, “gets amplified by MSNBC and unfortunately it drives a narrative for many editors and reporters…It's an effective spin machine, as we see with the coverage of the Christie bridge story.”

I also asked Tommy Vietor, a former foreign policy spokesman in the Obama White House, for his take.

He still says it’s “ridiculous” to claim that Russia is America’s top geopolitical foe. He called the media’s recent coverage of Obama and Russia “typically reactionary and lacking context. We should not try to do foreign policy at Twitter speed.” After the administration’s initial “reset” toward Moscow, Vietor says, the tone changed when Putin returned to the presidency.

Let’s not overstate what happened. Mitt Romney didn’t predict an invasion of Crimea. No one knew that the Ukrainian people would topple their president after he refused under Russian pressure to sign a trade deal with Europe, which provided the pretext for Putin to send in troops.

At the same time, the media haven’t portrayed Obama as a great foreign policy president. It was the New Yorker that published the blind quote that Obama was “leading from behind” on Libya. The president got terrible press after failing to back up his “red line” vow on Syria, moving to the brink of war and then pulling back — in favor of a deal brokered by Putin. And now the Washington Post editorial page is charging that Obama’s foreign policy is based on fantasy.

Nor was the underestimation of Putin a purely liberal phenomenon. George W. Bush famously looked into the former KGB colonel’s eyes and saw his soul. Bush, too, struggled with limited options after the Russian invasion of Georgia.

The media largely reflect the consensus view of Washington’s foreign policy establishment. And that view was that Putin, whatever his militaristic tendencies, was no threat to Ukraine. Unfortunately, it was all too easy to dismiss contrary views as a relic of the Cold War.

Russia, you will not be shocked to learn, has a rather restrictive view of press freedom.

Sure, journalists can speak their mind, but there are, well, consequences.

Abby Martin, an anchor at the Kremlin-controlled station RT, abandoned the company line — or should I say the country line — when it came to what she called “Russia’s military occupation of Crimea”:

“Just because I work here, for RT, doesn’t mean I don’t have editorial independence. And I can’t stress enough how strongly I am against any military intervention in sovereign nations’ affairs. What Russia did is wrong.”

As Mediaite noted, Martin added that she doesn’t know as much as she should about Ukraine’s history or culture, “but what I do know is that military intervention is never the answer. And I will not sit here and apologize or defend military aggression.”

Here’s your helmet and your canteen, comrade. Enjoy your reeducation.