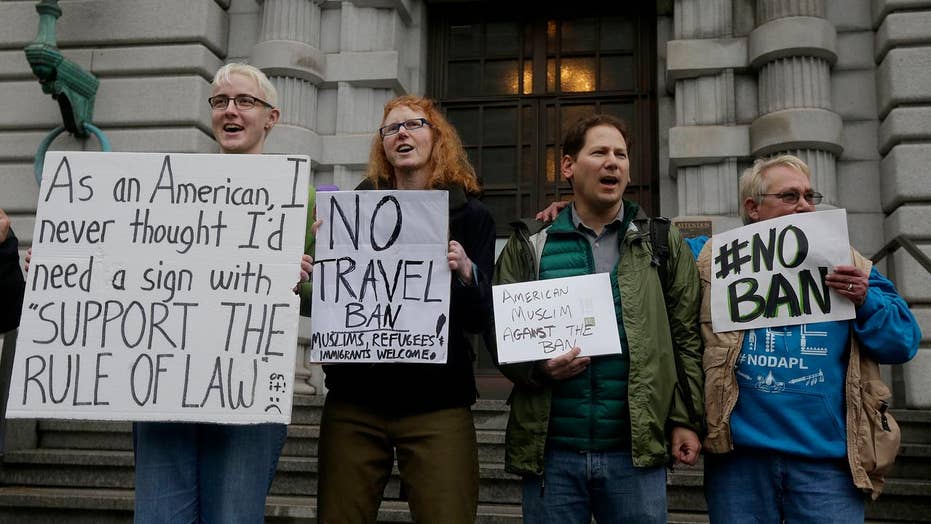 What must revised travel ban do to clear legal hurdles?

The new order, which Trump is expected to sign next week, will also add language exempting legal permanent residents, or green-card holders, from a travel ban in a move the administration hopes will remove any reasonable grounds for a legal challenge.

Trump's prior "extreme vetting" order temporarily suspended all travel to the U.S. for citizens of seven Muslim-majority countries for 90 days. A federal judge in Washington state halted enforcement of the order and the Ninth Circuit Court of Appeals refused to reinstate it.

The official said that new language in the revised order will make clear that the intent of the action is to "temporarily block the admission of people with no prior status in the U.S. who are currently overseas until a program of extreme vetting can be put in place."

The White House believes that new order will satisy the courts because it is "grounded in existing security determinations," the official said.

The official told Fox News that it is likely that certain classes of visa holders currently in the U.S. or who have been in the U.S. but are currently abroad will be exempted as well. This could include certain student or other education-related visas as well as work permits.

The new order would direct a temporary suspension of admission of all refugees while revised screening meansures are put into place, the official added.

The new order does implement a temporary visa ban for travelers from the same seven countries as the previous executive order: Iran, Iraq, Libya, Somalia, Sudan, Syria, and Yemen.

The revised order will also mandate a 50 percent reduction in refugee admissions for 2017 to just 50,000.  According to the White House, approximately 35,000 refugees have already been allowed into the country this year, leaving only about 15,000 slots left for the remainder of the year once the refugee admission program resumes.