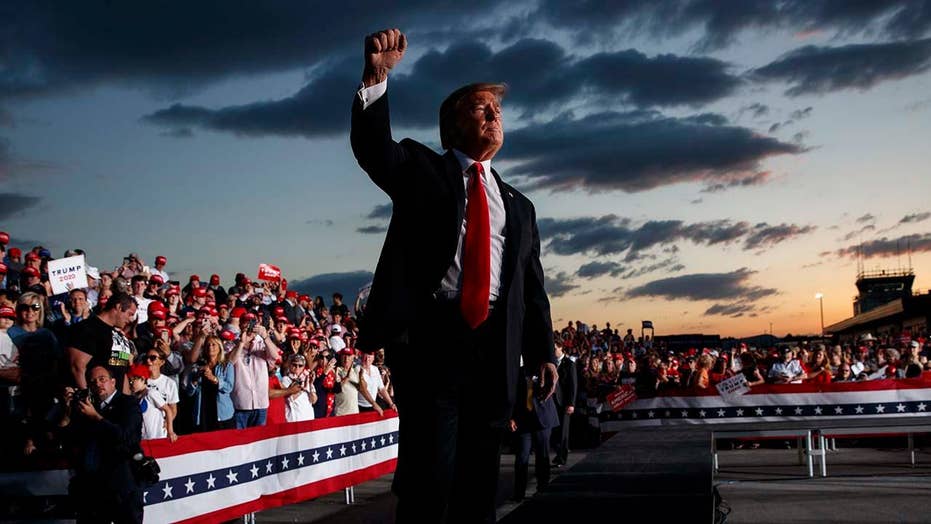 How do 2020 Democrats think they will take down Trump?

Reaction and analysis from former White House Chief of Staff Reince Priebus on 'The Ingraham Angle.'

The Democratic Party’s key body raised just $6.6 million, according to new campaign finance data, even as the party is bracing for competitive 2020 elections, with the White House, House and Senate.

The disclosures reveal that the RNC has so far amassed a massive war chest totaling $34.7 million at the end of the month, while the DNC so far has $7.6 million on hand.

Not only Republicans are beating Democrats in total fundraising, the majority of donations to the RNC came from small donors who donated up to $200. According to the disclosures, nearly $9 million in donations came from such donors, while just over $4 million were from large donors. The rest of the fund came via other forms of contributions.

On the Democratic side, the ratio between small donors and big donors is somewhat equal, though big donors in total contributed slightly more, with the figure being $3,084,136. Small donors donated $3,065,795.

The small donations difference is particularly upsetting to the DNC as the party long had a competitive edge due to the massive fundraising tool ActBlue, while Republicans, who don’t such comparable technology, have been worried in the past about not connecting with the grassroots donors.

The RNC spent over $2 million on legal bills in April, one of the highest spending by the group in April, according to Politico. The Party also paid $294,000 on so-called “list acquisition” in a bid to improve its texting capabilities.

But some big donations to the RNC are coming under scrutiny, with the outlet pointing out that two donors have been embroiled in controversies.

Financier John Childs, who gave $100,000 to the RNC, has allegedly been involved in a Florida prostitution ring, a charge he vehemently denied.

Casino mogul Steve Wynn, who donated $248,500, has been accused of sexual assault, an allegation he denied. He has not been charged.

On the DNC side, big donors included Silicon Valley philanthropist Karla Jurvetson, financier Bernard Schwartz and Zumiez chairman Thomas Campion who all gave either $100,000 or $75,000.