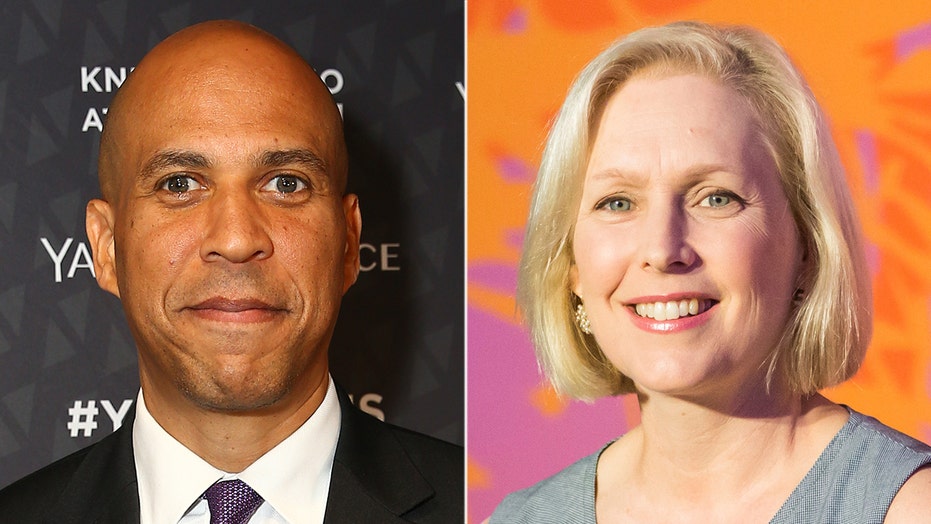 Deputy campaign manager for 2020 Democratic presidential candidate Cory Booker donated funds this week to one of the New Jersey Senator’s many opponents.

Jenna Lowenstein took to Twitter Wednesday to announce that she had donated to the campaign of Sen. Kirsten Gillibrand, D-N.Y., to “ensure” that she would qualify for the debates hosted by the Democratic National Committee.

“I just donated to ensure @SenGillibrand’s important perspective is on the debate stage. Join me!” Lowenstein wrote.

GILLIBRAND RAISES $3M IN  FIRST QUARTER, TRAILING MANY OTHER 2020 CANDIDATES

Lowenstein’s message was accompanied by a tweet by Gillibrand’s deputy campaign manager about the Senator’s stance on abortion and reproductive rights.”

The DNC announced in February that it would limit the debate stage to just 20 candidates, Politico reported at the time. The first two debates would require candidates to reach a 1 percent threshold in three separate polls or receive donations from 65,000 people across 20 states.

The crowded field of Democrats vying for the White House has risen to 23 with the latest announcement coming from New York City Mayor Bill De Blasio early Thursday morning.

Booker has met both qualifications for the first two primary debates set for June and July but Gillibrand has only met the polling qualification, Politico reported.