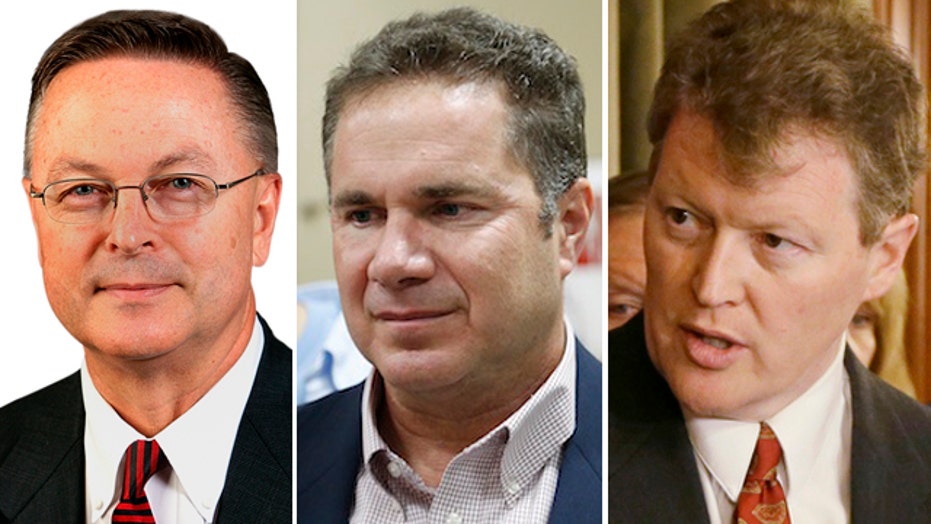 Things used to be looking good for the Democratic Party in Iowa. They had a strong Senate candidate in Rep. Bruce Braley, who in March led any Republican by double digits in the race to replace retiring Democratic Sen. Tom Harkin. The contest for Braley’s House seat, too, seemed in the bag.

But two weeks out from the midterms, the picture is far less rosy.

Not only is Braley locked in a tough race against Republican state Sen. Joni Ernst, but the Republican vying for Braley’s old House seat, businessman Rod Blum, is gaining on Democratic state Rep. Pat Murphy, according to political forecasters.

Now, national Democrats are pumping over a half-million dollars into that race to avoid adding to what could be a historic House majority for Republicans in November. The Democratic Congressional Campaign Committee confirmed to FoxNews.com it purchased $600,000 in airtime in the 1st District race last week.

“It suggests things are not trending in [the Democrats’] way right now,” Christopher Larimer, an associate professor of political science at the University of Northern Iowa, said.

It’s a big investment in a race that just last month was listed by political forecaster the Rothenberg Political Report as safely in Democratic hands. Rothenberg now lists the race as “toss up/tilt Democrat.”

The change could be due to a recent surge of support for Blum. He has picked up endorsements from local newspapers the Cedar Rapids Gazette and Dubuque Telegraph Herald, and has been backed by Republican heavyweights like Sens. Ted Cruz and Rand Paul.

Then there's the factor of Braley's gaffe-prone Senate campaign potentially hurting Murphy's bid to succeed him. Braley has made headlines for the wrong reasons several times over the course of his campaign, from complaining about the lack of gym towels at the Capitol during the partial government shutdown to disparaging Republican Sen. Chuck Grassley as a “farmer who never went to law school.” He also was mocked in the press for a feud he had with a neighbor whose chickens were wandering onto his property.

Larimer said while Braley’s Senate bid can’t be blamed for Blum’s momentum, the incumbent is not helping matters for Murphy. Braley “has not done himself any favors,” Larimer said.

The Republican Party of Iowa told FoxNews.com it is clear after the ad buy that Democrats are worried.

“[It] shows how desperate Democrats are getting in the state of Iowa,” spokesman Michael Brickman told FoxNews.com.

“This is a clear sign of desperation from the DCCC,” spokesman Keegan Conway said. “They know Rod is winning this race, and are engaging in a last-minute attempt to bail out our opponent's failed campaign by flooding the airwaves with misleading attacks.”

But the DCCC maintained Murphy is running a “strong” campaign that will resonate with voters.

“Pat Murphy is holding Rod Blum accountable for being just another millionaire who is on the side of the ultra-wealthy and the special interests, not the middle class,” spokesman Brandon Lorenz said in a statement.

Larimer said the main problem for both Braley and Murphy is voters are deeply unhappy with Washington gridlock and most disapprove of President Obama. He said because of this, Democrats across the ticket are struggling and “not being able to pull ahead in races that they should be.”

“Democrats are perfectly happy with Pat Murphy as a candidate,” he said. “It’s everyone else in the district not being happy about what’s going on in Washington.”