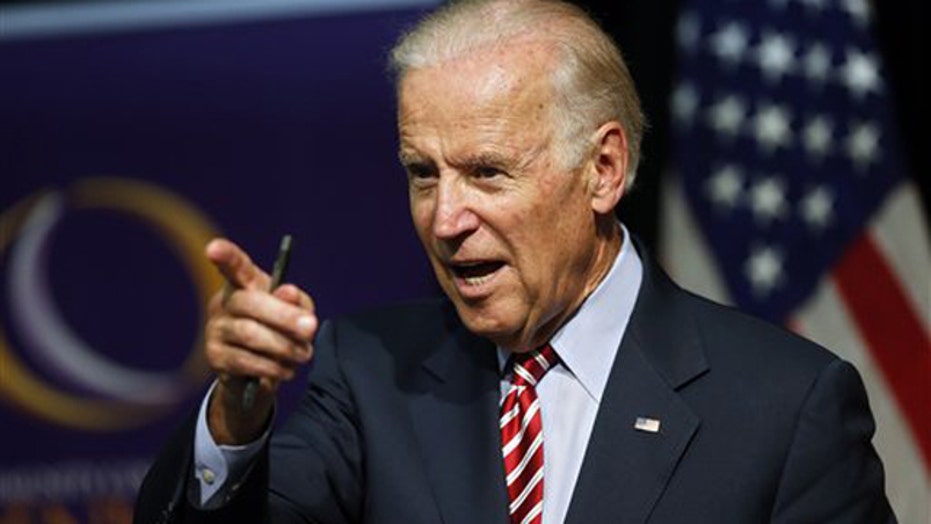 Speculation about a White House bid for Vice President Biden intensified Saturday when he made an unscheduled weekend trip from his Delaware home to his Washington residence, reportedly to see Massachusetts Sen. Elizabeth Warren.

Democrats in past months have called for the Massachusetts senator to seek the party nomination, convinced that her progressive, Wall Street-reformer message was good enough to defeat front-running Democrat Hillary Clinton.

Warren has so far decline. However, Clinton’s slipping polls numbers amid an email controversy has raised speculation that the 72-year-old Biden after the recent death of his son Beau Biden began considering a likely third-and-final White House bid

Such talk has also been fueled by reports that Democratic donors and operatives along with Biden supporters are putting together plans for another Biden run.

The purported Biden-Warren meeting at the Naval Observatory, the vice president’s residence, was reported first by CNN.

Biden’s official schedule shows him spending the weekend in Delaware. The administration confirmed Saturday only that Biden went to his Washington residence for a last-minute meeting.

In addition, Fox News observed him traveling on Amtrak on Saturday morning from his regular stop in Wilmington, Del., to Washington, D.C., and Warren arriving via a commercial jet from Massachusetts.