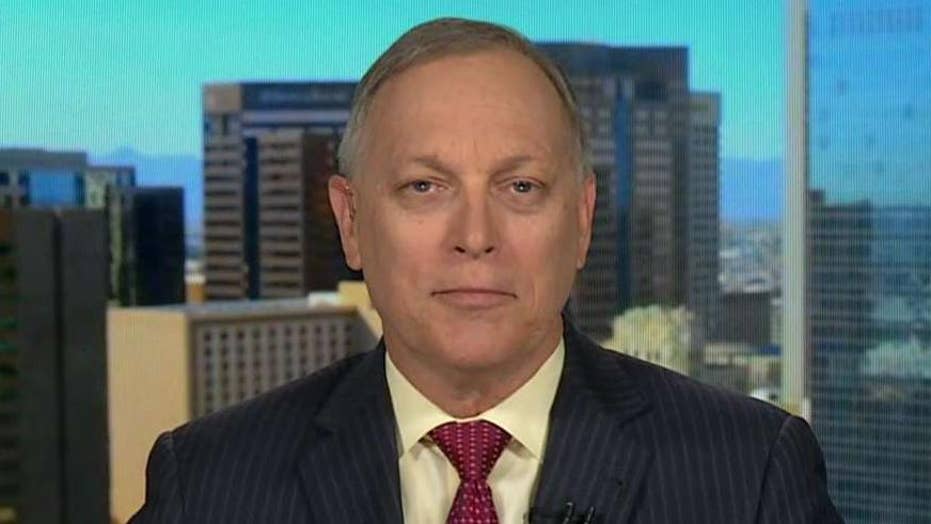 Rep. Andy Biggs on Strzok-Page texts: In any other country we'd call it a coup

Rep. Andy Biggs, R-Ariz., said Friday that texts between former FBI agent Peter Strzok and former FBI attorney Lisa Page suggesting that they use a post-election briefing to gather information on the Trump team was evidence of a "coup."

"Well, every time we get more information out about Peter Strzok and Lisa Page it goes to what they originally wanted to do -- prevent Donald Trump from becoming president, and the use and abuse of power to try and infiltrate, if you will, of the transition team of President Trump and then use it to do what? Which we anticipated from other text messages, to try and delegitimize the president," Biggs said on "Outnumbered Overtime."

"In any other country, we would call it a coup when you abuse the power of the police state to basically disenfranchise or just eliminate, if you will, the acting president. That's what was being done here."

Messages between Strzok and Page indicate they discussed using briefings with the Trump team after the 2016 election to identify people they could "develop for potential relationships," track lines of questioning and "assess" changes in "demeanor" – language one GOP lawmaker called “more evidence” of irregular conduct in the original Russia probe.

The texts, initially made public in 2018 by a Senate committee, are under renewed scrutiny, with Sens. Chuck Grassley, R-Iowa, and Homeland Security Committee chair Ron Johnson, R-Wis., sending a letter Thursday to Attorney General Bill Barr pushing for more information on the matter.

Biggs blasted the former FBI officials and accused them of "recruiting."

"I view it as they wanted to recruit. That's what it sounds to me. When they start talking about, "Can we develop this asset?" Good grief, that's recruiting."

Fox News' Catherine Herridge and Gregg Re contributed to this report.