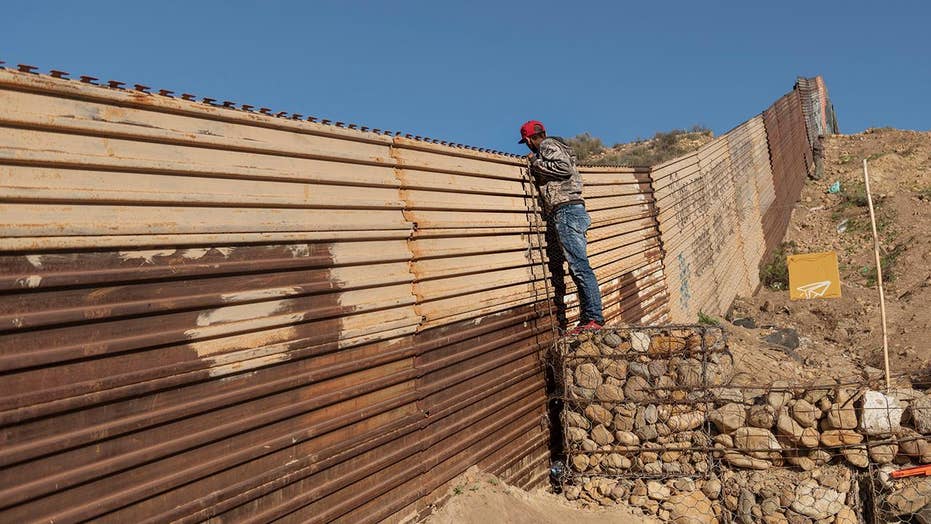 Border-wall funding was Trump’s main campaign issue; should he cave and compromise amid the partial shutdown?

Democratic campaign consultant Doug Schoen and GOPAC chairman David Avella weigh in on how the President should move forward with wall-funding negotiations.

I have heard some Republicans express support for trading DACA for $5 billion of border security. There are several problems that we can easily spot: the definition of the DACA (Deferred Action for Childhood Arrivals) population is unsettled and so is the amorphous term “border security.”

The most perplexing problem is the notion that such a deal will sanction illegal conduct, which will, in turn, lead to new constituencies who are similarly situated and will demand amnesty as well. The moral high ground that comes with respect for the rule of law will be lost, and we will surely see amnesty granted to a large number of illegal immigrants, on a frequent basis.

Here’s what I mean.

DACA refers to illegal immigrants. These were originally children brought or sent here illegally and who are now mostly adults. The “DA” part of DACA refers to “deferred action” against these illegal immigrants. The Obama administration deferred penalties against the DACA population contrary to the law by halting deportations and other legal action.

That means the remaining DACA population is about 690,000. And remember, under DACA, an applicant gets to commit up to two crimes before being found ineligible—not including the illegal entry.

Under the Obama DACA, only the “children” who arrived prior to 2012 were eligible. Although 800,000 applied, DACA supporters claim there were another 1 million who might have been eligible.

So, that means that the trade for DACA isn’t the 690,000 of the first tranche of applicants, but nearly 1.7 million.

But here’s the problem with that: illegal immigrants have continued bringing children into the country since 2012. In fact, the number of children being sent or brought illegally into the country has increased. Pro-amnesty factions will make an argument of commensurability that the 2012 cut off is unfairly arbitrary and we should allow the post-2012 “children” to also receive the same amnesty proposed for the original DACA people. That is another 1 to 2 million people. Legalizing the first DACA group will inevitably lead to amnesty for the second group.

And what about the parents who brought or sent the DACA population to America in the first place? I have met with many of the DACA participants. Each wants to receive legal status (though few have attempted to get in line with the millions who are trying to come into the country legally), but they also want their parents, siblings, and other relatives to be granted amnesty. That’s another couple of million people.

The total of these three groups is at least 5 million people.

I predict that trading DACA amnesty for border wall funding will lead to broader grants of amnesty over time. Additionally, there is no guarantee that the border wall will be fully funded and completed.

The objective is to obtain a border wall and bring a greater sense of security to this country. I am not convinced that trading amnesty for a promise of border wall funding will get the wall built or bring the necessary long-term security we need. Legitimizing illegal conduct serves as an incentive for more of the same behavior instead of deterring the illegal acts.

The partial government shutdown has put the question on the nation’s nose. Giving up amnesty for the wall is a bad bargain.