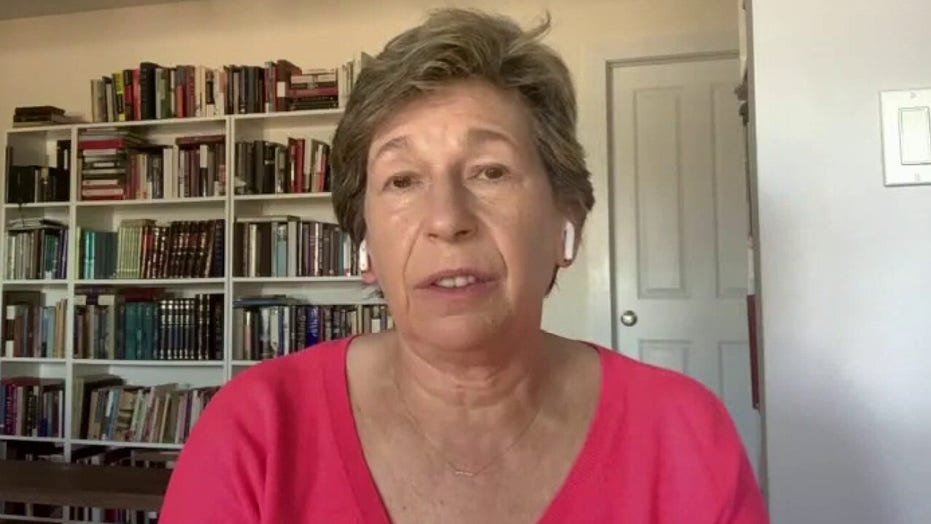 AFT president on issues teachers will face as 'essential workers'

Randi Weingarten ripped Senate Republicans' latest slimmed down coronavirus legislation as a "bulimic" bill that will hurt public schools while giving tax breaks to the wealthy for private education.

“I would call it a bulimic bill. I wouldn’t call it a skinny bell," the president of the American Federation of Teachers told Fox News in an interview Wednesday. "And the reason I would call it a bulimic bill is because it does a lot of harm. On the surface, it looks good, but like with bulimia, it's really harmful because of what it does in terms of education. I'm really disappointed.”

Senate Majority Leader Mitch McConnell unveiled his latest narrow package on Tuesday that is expected to spend about $300 billion, down from the $1 trillion the GOP proposed in July, but couldn't pass.

This bill includes an extra $300 per week in unemployment benefits through Dec. 27, a second round of Paycheck Protection Program funds to small businesses worth $258 billion, $105 billion for schools and colleges, and McConnell's liability protection plan that would limit lawsuits against businesses and schools from people who contract COVID-19 on their premises.

One big provision missing from the package that Democrats and the teachers union wanted was new spending for state and local governments, which fund public schools. The House Democrats' plan that passed in May allocated nearly $1 trillion for state and local aid to help them recover from lost tax revenues during the economic downfall.

The Senate bill's education provisions not only fail to fund public schools properly but they add incentives to destabilize them, Weingarten said.

The $105 billion for schools and colleges is intended for non-public schools as well and it includes "pathetic" conditions for schools to open five days a week, which they don't have the staffing or space to do safely, Weingarten said. At the same time, the bill sets aside a new $5 billion tax credit to help fund students attending private schools.

"They've given a tax cut to rich people by basically saying that anybody is going to get a tax credit who wants to spend money for any kind of private schools but they have defunded and emasculated public education," Weingarten said.

Weingarten also blasted the lawsuit liability protections for schools and businesses, the lack of funding for child nutrition programs and the "failure" to include the funding schools need to safely reopen.

"Between the public health emergency and the economic recession, public schools have lost a lot of funding. And at the same time, they need a lot of new funding to provide the safeguards that are necessary to reopen safely," she said.

“So they're basically saying the public schools will continue to suffer ... but we're going to give you a tax credit so you have an incentive to use a private school.”

Democratic leadership has blasted the bill as a political messaging bill chalked full of poison pills. The Senate will vote Thursday on whether to advance the measure but it seems unlikely it will garner the 60 votes necessary.