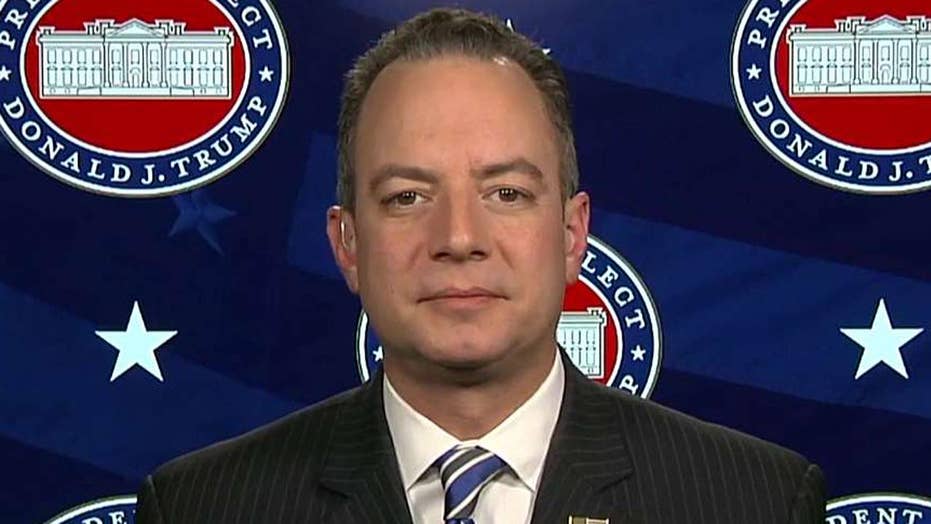 President Trump has no immediate plans to use his executive powers to undo the Obama administration’s order that protects some young illegal immigrants known as “dreamers,” White House Chief of Staff Reince Priebus made clear Sunday, in previewing the new administration’s first full week.

“I think we’re going to work with the House and Senate leadership, as well as to get a long-term solution on that issue,” Priebus told “Fox News Sunday.” “I'm not going to make any commitments to you, but … I'm obviously foreshadowed there a little bit.”

Immigration advocates had warned since essentially the start of the 2016 presidential race that Trump, if elected, would crack down on illegal immigration.

To be sure, Trump won the race on a platform that included vows to build a wall along the U.S.-Mexico border to keep out illegal immigrants.

But many already in the country and others have expressed greater concerns about Trump undoing President Obama's 2012 Deferred Action for Childhood Arrivals executive action that defers deportation for an estimated 700,000 illegal immigrants brought to the U.S. illegally by their parents -- and known as "dreamers."

“I don’t know what the incoming administration is doing with that,” Kelly responded. “But I promise you, I will be involved in the process.”

Priebus nevertheless said Sunday that Trump could as earlier as this week sign executive orders related to trade, national security and other aspects of U.S. immigration policy.

He also said that Defense Secretary James Mattis would “obviously” be a part of the conversations about national security, considering the Senate on Friday confirmed him and Kelly to their respective posts.

Priebus said that Trump plans to travel to Philadelphia on Thursday to speak with congressional Republican leaders at their annual legislative retreat and that tax reforms remain a top, early priority.

We have tax reform that we finally can get through,” he said. “And we’re working with Paul Ryan and leadership and the team that President Trump has put together. It's given us a formula to finally get big things done in this country.”