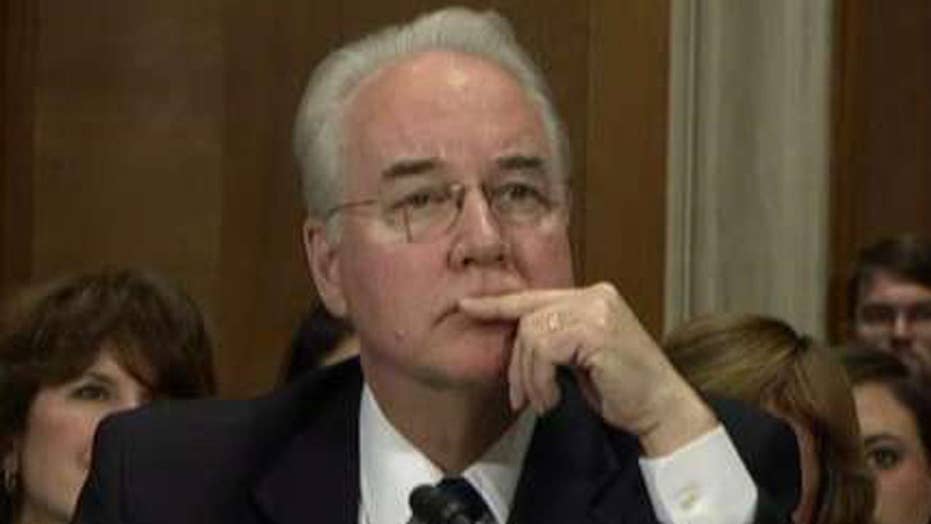 Rep. Tom Price gave a glimpse Wednesday into how and when incoming President Donald Trump and fellow Republicans will replace ObamaCare, saying their goal is to “insure everybody” and suggesting the new GOP plan will largely give states the responsibility of covering Americans.

“Insurance for everybody has always been my stated goal,” Price said during the start of his Senate confirmation hearings.

He also argued that more insurance accessibility along with financial help for consumers are the keys to a better plan.

The Georgia lawmaker and orthopedic surgeon made the remarks as Americans look for details on how Trump plans to replace the 2010 health care law, which insures roughly 20 million Americans.

While Price gave some indication of Trump’s plan, he carefully made sure not to overstep the president-elect by speculating or providing extensive detail before Trump announces his plan.

Still, Price suggested Trump and congressional Republicans will incrementally replace ObamaCare, instead of substituting it with a wholesale replacement.

“I think it’s fair to say they don’t want to replace a Democratic health care plan with a Republican health care plan,” Price said before the Senate Committee on Health, Education, Labor, and Pensions. “Folks at the state level know their populations better.”

Trump and several congressional Republicans have separate plans to repeal and replace the law. But the timeline and which plan will emerge remains unclear.

Price on Wednesday also faced questions from committee Democrats about his investments in health care companies.

They said Price's investments raise potential conflicts of interest and have called for a Securities and Exchange Commission investigation into possible insider trading. And they want to delay his nomination until such an investigation would be completed.

Last week, Price signed a government ethics agreement pledging to sell his stocks, but that hasn’t stopped the questions.

The latest controversy involves Price's purchase last year of stocks in Zimmer Biomet, a major medical device manufacturer. The acquisitions, in part through a broker, came around the same time that Price introduced legislation to suspend Medicare rules seen as problematic for such companies.

“Everything we have done has been above board, transparent and legal,” Price said Wednesday. He also denied that he bought stock on a “tip” from New York GOP Rep. Chris Collins, who has boasted about making “millions” on his deal.

On ObamaCare, Trump told The Washington Post over the weekend that he’s close to having a plan that will provide insurance for everybody and lower some costs. That surprised many on Capitol Hill, where Republicans are still looking for a path.

Kentucky GOP Sen. Rand Paul is among them and last week outlined his plan to Fox News that included more low-cost plans, health saving accounts and tax credits to help customers save money.

The hearing Wednesday is known as a “courtesy” hearing because some federal health policy issues are under the committee’s purview. However, Price will also go before the Senate Finance Committee, which will vote on whether to send his nomination to a full floor vote.

Price is largely a known quantity on Capitol Hill. To get the secretary post, he would need 51 final votes, with Republicans having 52 senators and Democrats having 48.

Trump's bottom line on health care remains a mystery for Democrats and Republicans.

He campaigned on repealing ObamaCare but has also talked about providing insurance for everyone and taking on the drug companies.

"Nobody is going to be dying on the streets with a President Trump," Trump said Wednesday on “Fox & Friends.”

He offered no new details but said his plan would "probably" turn Medicaid over to the states in the form of block grants to cover low income people.

Price, 62, represents Atlanta's northern suburbs and chairs the House Budget Committee. A budget hawk and a social conservative, he drafted his own plan to replace Obamacare, which outside analysis said would save taxpayers money but covered fewer people.

The spokesman also said Price had no advance knowledge and had not directed the broker to consider the company. Government records show that Price was notified about the purchase more than a week after he offered the legislation. His spokesman said Price had been working on the bill for months.

Georgia GOP Sen. Johnny Isakson, a member of the Senate health committee, said Wednesday: “Tom was unaware of the purchase. People have taken to unrelated facts. In fact nothing about this could be more unrelated.”