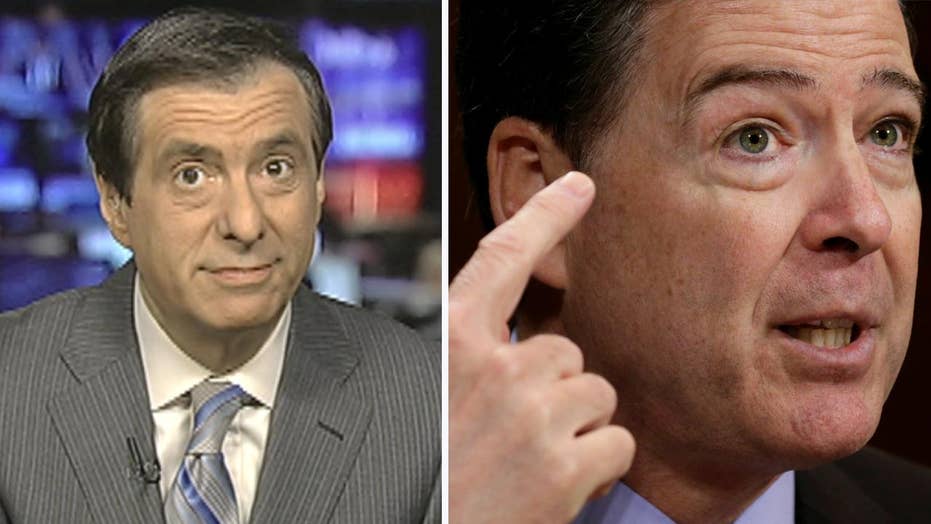 Kellyanne Conway told me on Sunday that much of what she calls the “presumptively negative” coverage of President Trump can be tied to “the quest to go viral.”

After days of what the president’s counselor called the “myopically obsessive” coverage of the James Comey firing, Conway said other important stories—like the administration getting China to accept U.S. beef imports—were largely being ignored.

I often agree that journalists want to create "moments" and that issue stories get short shrift from the media. But in this particular case, Trump bears some responsibility for causing the distractions—not just by canning Comey, but by floating the idea of canceling the press briefings and the notion that he might have secret tapes.

Now that the Comey drama has seemingly peaked, much of the media have moved on to the fallout. That is, they are portraying the Comey firing as such an earthquake that we’re still feeling the aftershocks.

The Washington Post, for instance, leads the paper with the notion that this turmoil warms Vladimir Putin’s heart:

While U.S. sanctions haven’t been lifted, “the Kremlin has collected a different return on its effort to help elect Trump in last year’s election: chaos in Washington.

“The president’s decision to fire FBI Director James B. Comey last week was the latest destabilizing jolt to a core institution of the U.S. government. The nation’s top law enforcement agency joined a list of entities that Trump has targeted, including federal judges, U.S. spy services, news organizations and military alliances.”

Destabilizing jolt—that’s a pretty strong phrase for a news story.

But I’m a bit puzzled. If the Russians, through their hacking, pushed Trump over Hillary Clinton during the campaign, wouldn’t they want a stronger president who could deliver on easing sanctions and cooperating with Moscow? It never hurts to have your adversary in chaos, but then he can’t do much for you.

The New York Times spotlights a different kind of disunity—on the Hill:

“Senate Republicans, increasingly unnerved by President Trump’s volatility and unpopularity, are starting to show signs of breaking away from him as they try to forge a more traditional Republican agenda and protect their political fortunes.”

Several Republicans were “dismayed” by Trump’s handling of the Comey matter and are pursuing “their own agenda” on such issues as health care, drug funding and NAFTA, the story says.

The agenda part isn’t surprising, since Trump essentially pulled off a hostile takeover of the Republican Party. But it’s true that as long as his approval numbers remain low, he’ll have less clout with lawmakers.

Speaking of polls, a new Wall Street Journal/NBC survey finds just 29 percent of those questioning approving of the Comey firing, and 38 percent disapproving. But what I find telling is that a third had no opinion.

Some 78 percent said they would prefer an independent prosecutor or commission to probe possible ties between Trump associates and Russia.

Chris Cillizza, now with CNN, blames the president: “Trump himself has done little to assuage concerns returning members might have about the ability of Congress to conduct a fair look into Russia and the 2016 election. The shocking firing of Comey is one thing. The inability of the White House to settle on a single explanation for why Comey was fired rapidly turned into a debacle aided and abetted by the president.”

That suggests to me that lots of ordinary folks just don’t care all that much about the Comey firestorm.

As a journalist living in Washington, I think it’s an important story. But especially if the president picks a respected and non-partisan person to lead the FBI, the country will move on, and Trump will blame the press for refusing to do the same.