President Trump backed Immigration and Customs Enforcement agents on Tuesday in the face of growing Democratic calls to abolish the agency -- a day after the White House had targeted individual lawmakers for their attacks.

“When we have an “infestation” of MS-13 GANGS in certain parts of our country, who do we send to get them out? ICE!” Trump tweeted. “They are tougher and smarter than these rough criminal elelments [sic] that bad immigration laws allow into our country. Dems do not appreciate the great job they do! Nov.”

The tweet comes in response to growing calls from Democratic lawmakers and candidates to abolish the agency known as ICE in the wake of the Trump administration’s tougher stance on border security and enforcement of immigration laws.

In particular, the controversy surrounding the Department of Justice’s “zero tolerance” policy on prosecuting all illegal border crossers has brought a number of Democratic lawmakers on board with what was once a fringe position.

Sens. Elizabeth Warren, D-Mass., and Kirsten Gillibrand, D-N.Y., both rumored to be in the running for the 2020 Democratic presidential nomination, have called for the abolition of ICE, while Sen. Kamala Harris, D-Calif., has said the U.S. should consider “starting from scratch” in overhauling the agency.

On Monday, the White House targeted Harris and Warren individually on Twitter, accusing Harris of “supporting the animals of MS-13.'

“You must not know what ICE really does,” the tweets read.

Trump has repeatedly connected criticism of border and immigration enforcement with a softness or even support of MS-13 -- the gang started by Central American immigrants in the 1980s and known for its particularly brutal crimes and motto: “Kill, rape, control.”

“[Democrats] want them taken care of. They want them to be left alone,” Trump said last month. 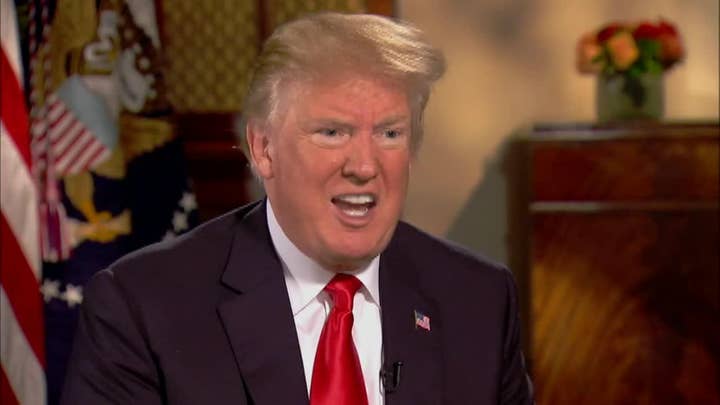 On Tuesday, he indicated that he believed that the “abolish ICE” stance would hurt Democrats in future elections.

“How can the Democrats, who are weak on the Border and weak on Crime, do well in November,” he said. “The people of our Country want and demand Safety and Security, while the Democrats are more interested in ripping apart and demeaning (and not properly funding) our great Law Enforcement!”