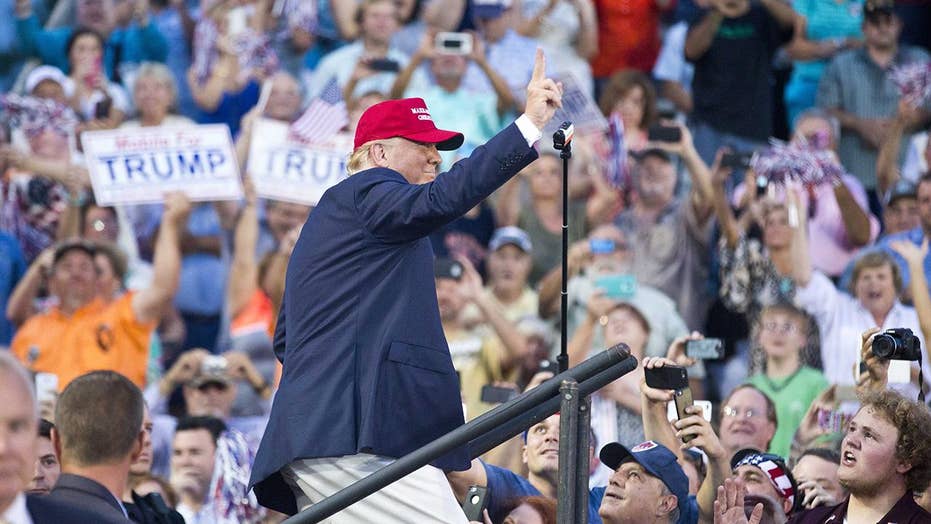 Will Ohio Trump rally tip the scale for GOP candidate?

President Trump will travel to Ohio Saturday to campaign in favor of Republican state Sen. Troy Balderson ahead of a crucial special House election next week.

Balderson is running against Democrat Danny O’Connor in a race that will be seen as a bellwether for the upcoming midterms in November. While it has usually been a safe Republican seat, polls suggest the race is close ahead of the election on August 7 that will choose who replaces retired Rep. Pat Tiberi.

Balderson is a Trump supporter, but he has also aligned himself to Trump critic and Ohio Gov. John Kasich. O’Connor is considered a long shot but has been careful not to criticize Kasich.

Trump said that while Balderson is “strong on crime, the border & loves our military, vets and 2nd Amendment,” he also accused O’Connor of being a “puppet” of Pelosi. He also said O’Connor had lied about his support of Pelosi.

“Troy Balderson, running for Congress from Ohio, is in a big Election fight with a candidate who just got caught lying about his relationship with Nancy Pelosi, who is weak on Crime, Borders & your 2nd Amendment-and wants to raise your Taxes (by a lot),” Trump tweeted. “Vote for Troy on Tuesday!”

Trump is increasing his political campaigning as polls suggest that the Democrats may win the House in November. Strong economic numbers have given Republicans a boost, but polling suggests they are lagging behind Democrats.

Sabato’s Crystal Ball, part of the University of Virginia Center for Politics, is now predicting that the race for the House tilts toward the Democrats and that they are now “a little better than 50-50 to win the House” -- the first time it has made such a prediction. It also made 17 House ratings changes -- all in favor of the Democrats.

Additionally, a Quinnipiac University Poll found that Democrats have opened a 12-point lead on the generic House ballot -- a gap that Republicans had almost closed just a few months ago.

This rally is Trump’s third in the space of a week after rallies in Florida and Pennsylvania in support of congressional candidates.