The mayor of Portland, Ore., called for nearly $2 million in additional funding for the city’s police force and other agencies Friday, citing a rise in homicides and other violent crime.

But members of the city council were either mum or not fully committed so far on whether they’ll back the plan, according to reports.

The request by second-term Mayor Ted Wheeler came Friday during his State of the City address – and three days after Wheeler condemned one of the latest killings in the city, the broad-daylight slaying of a 42-year-old man in a city park on Tuesday.

"This shooting was brazen and horrific," Wheeler wrote on Twitter. "The City and its partners are working hard to prevent and reduce gun violence. It’s a public health crisis that’s harming our entire community."

Wheeler’s funding request marked a turnaround for Portland, which has been viewed as an epicenter of the "Defund the police" movement – in which liberal groups have sought to divert public cash away from traditional police departments and into efforts such as mental health treatment and community development.

It also came as the mayor has faced criticism for months of violent protests in the city, including a clash Thursday night outside a federal courthouse. Wheeler has been a frequent target of criticism from former President Donald Trump and others, though the mayor managed to win reelection in November.

Last June, the city leaders voted to slash $16 million from the police budget, a move that included the elimination of a gun-violence reduction unit, according to The Associated Press. 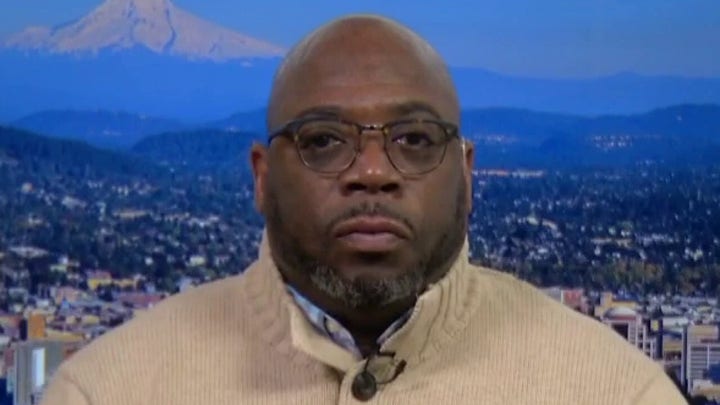 But Portland in recent months has seen a surge in gun violence. Since 2021 began, the city has seen 20 homicides, mostly by gunfire. At the same time in March last year, the city had seen only one homicide, the AP reported.

Most of Wheeler’s $2 million request would go toward hiring five additional detectives and forming a uniformed patrol team with a focus on gun violence, KATU-TV of Portland reported.

On Thursday, Wheeler previewed his proposal ahead of Friday’s speech, during a news conference with police Chief Chuck Lovell and other city officials. Wheeler said the proposed patrol team would operate differently than the gun-violence reduction team that was disbanded last year.

"What's going to be different this time, and Chief Lovell said it very clearly, they believe we need a prevention and intervention function, but he also made it clear that he would not stand that up unless the community supported it, unless there was community oversight, and unless there was the transparent collection and dissemination of data," Wheeler said, according to KATU.

Restoring the Portland Police Bureau's ability to deal with gun violence is a focus of a new funding proposal by Portland Mayor Ted Wheeler, right.

But other city officials weren’t tipping their hands on whether they would support Wheeler’s plan.

Commissioner Jo Ann Hardesty's office told KATU that she was reviewing the proposal but was looking forward "to learning more as well as hearing other community proposals and deliberating any corresponding financial requests during the budget process."

"There are parts of this proposal that I fully support," Mapps said in a statement to KATU. He mentioned the plans for the Office of Violence Prevention, increased investigative capacities within the city police force, and more community oversight, the KATU report said.

A group of community leaders have already expressed support for backing the city’s police, writing to the City Council on Thursday, Western Journal reported.

"There is just too much blood on the streets," Pastor Ed Williams of the Inter-Faith Peace & Action Collaborative told the news outlet. "We have to be determined, we have got to be fed up about [the violence] and to want to do sonething about it. I see this issue in front of us as an opportunity to come together."

"There is just too much blood on the streets."

"Defund the police" efforts swept across the U.S. last year, prompted in part by allegations of excessive force by police officers, particularly against Blacks and other minorities. The issue gained steam following the deaths of George Floyd in police custody in Minneapolis last May and Breonna Taylor in a police raid on her home in Louisville, Ky., exactly one year ago Saturday.

Over the past year, Portland has seen violent protests almost daily and nightly.

It has also seen numerous shooting deaths, include that of Patriot Prayer supporter Aaron "Jay" Danielson last August. That shooting was linked to suspect Michael Forest Reinoehl, an Antifa supporter who was killed by law enforcement officers several days later.