After a briefing with the Senate, the secretary of state says a resolution limiting U.S. involvement in the Saudi-led war following the death of Jamal Khashoggi would undermine cease-fire efforts.

Secretary of State Mike Pompeo urged senators on Wednesday to kill a resolution to end U.S. involvement in the Yemen civil war, arguing it would be against American interests and could derail fragile United Nations peace talks -- as the administration ramped up its defense of U.S.-Saudi ties amid outrage over the killing of activist Jamal Khashoggi.

Pompeo told reporters that “we are on the cusp” of a possible ceasefire as U.N. Special Envoy Martin Griffiths is due to sit down with both parties of the catastrophic conflict next month in Sweden -- coming after months of trying to get representatives from both the Saudi-led coalition and the Iran-backed Houthis to sit down and talk. Pompeo said the "poorly-timed" resolution could hurt the prospect of a cease-fire.

Pompeo, along with Defense Secretary Jim Mattis, briefed senators on U.S. involvement in the civil war. The years-long war, which began when the Houthis ousted the Yemen government in 2014, has wreaked havoc upon the country and led to the bombing of civilians and a devastating cholera outbreak.

Tens of thousands of people are believed to have been killed in the conflict. Two-thirds of Yemen’s 27 million population rely on aid and more than 8 million are at risk of starvation. Griffiths told the U.N. Security Council this month that Yemen “remains the largest humanitarian disaster in the world” and civilians are dying from preventable diseases as the economy remains on the verge of collapse.

“This requires urgent action from all of us,” he said.

The U.S. is not directly involved in the civil war, but provides assistance to the Saudi-led coalition, including intelligence sharing and weapons sales. There has been increased scrutiny of that support in the wake of the killing of writer Jamal Khashoggi at a Saudi consulate in Turkey. U.S. intelligence agencies reportedly have concluded that Saudi Crown Prince Mohammad bin Salman must have at least known about the plan to kill Khashoggi, although Trump has appeared to doubt that assessment. 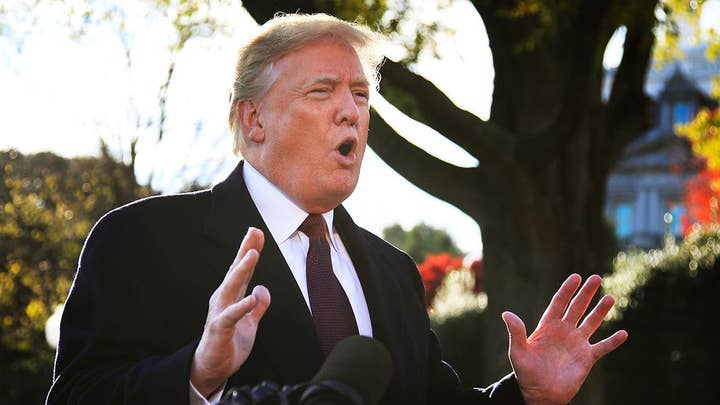 Pompeo told reporters Wednesday that the murder was "heinous" but there was no piece of intelligence that links bin Salman to the murder.

Earlier, Pompeo told senators in prepared remarks that abandoning the conflict in Yemen was a “bad call” and would “do immense damage to U.S. national security interests and those of our Middle Eastern allies and partners.”

He said the first mission was to help the Saudis in the fight against the Iran-backed rebels for the control of Sanaa as part of a broader push to combat Iranian influence in the region.

“The U.S. interest in this first mission is to counter Iran’s regional ambitions and to help our allies and partners protect themselves,” Pompeo said. “Just as we must constrain Iranian expansion in Syria, in the Golan Heights, and in Iraq, we must also prevent Iran from entrenching itself in Yemen.”

He said that the other objectives were to protect Americans in the region and also to “decapitate” the rising presence of Al Qaeda in the Arabian Peninsula (AQAP), which has been gaining ground particularly in the south of Yemen.

Mattis agreed with Pompeo’s warnings to senators, saying that U.S. disengagement would “have the opposite effect of mitigating the humanitarian crisis.”

“Pulling back our limited U.S. military support, our weapons sales to our partners, and our protection of the Saudi and Emirati populations would be misguided on the eve of the promising initial negotiations. It took us too long to get here,” Mattis said in his prepared remarks. 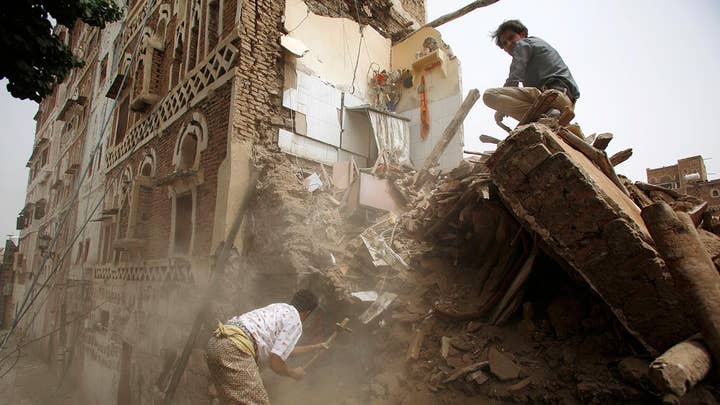 The showdown on Capitol Hill comes as the administration has come out swinging in its defense of the U.S.-Saudi relationship.

President Trump, an in interview with The Washington Post, doubled down on his past statements that a strong U.S.-Saudi relationship is good for the U.S. national interest, and has pointed to lowering oil prices as an example of that relationship.

“I’m the president of this country. I have to do what’s the best for our country. We have a very important ally in Saudi Arabia,” he said. “We have an ally that has tremendous oil reserves, which are -- frankly, they can make prices go up and down, and I want to keep them down.”

Pompeo wrote in The Wall Street Journal Wednesday that degrading U.S.-Saudi ties would be a “grave mistake” and again drew a contrast between the Saudi and U.S. actions, and Iran’s.

“The Kingdom of Saudi Arabia has invested billions to relieve suffering in Yemen. Iran has invested zero,” he wrote.

He also used the op-ed to announce that the U.S. is providing almost $131 million in food assistance for the country via The World Food Program and other organizations.