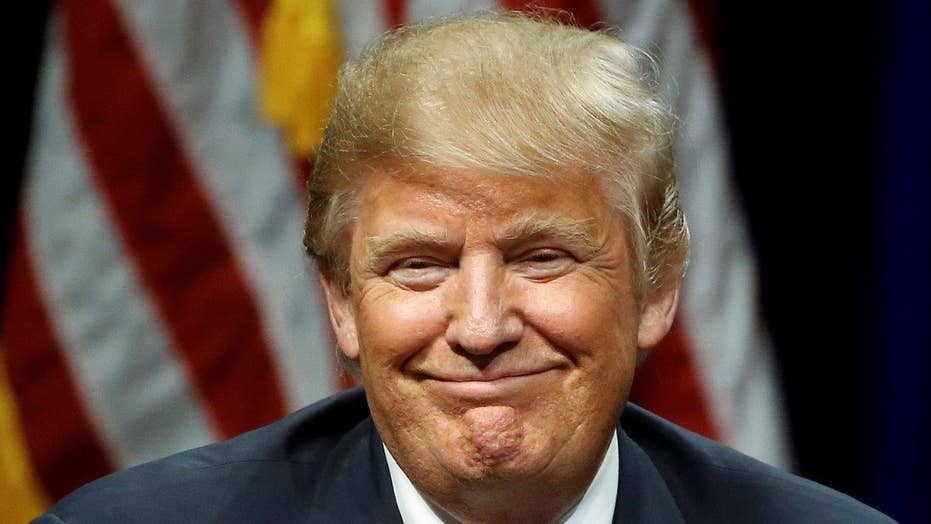 Donald Trump has surged to new heights in the Republican primary race, building a 2-1 national lead over the rest of the field, according to a new Quinnipiac University poll out Wednesday.

His 39 percent support marks his highest in the survey to date.

"Reports of Donald Trump's imminent demise as a candidate are clearly and greatly exaggerated,” Tim Malloy, assistant director of the poll, said in a statement.

The poll tells a different story for the once-unquestioned front-runner on the Democratic side. In that race, Hillary Clinton is now locked in a virtual tie with Bernie Sanders, edging him 44-42 percent. It’s just the latest poll to show the Vermont senator eliminating Clinton’s national lead, after she narrowly won the Iowa caucuses and lost the New Hampshire primary.

Trump also went one-for-one in the first two contests – winning New Hampshire but placing second in Iowa – but has not lost his national lead.

While the Quinnipiac poll puts him at 39 percent, the next-best showing is from Florida Sen. Marco Rubio, with a distant 19 percent. Texas Sen. Ted Cruz comes in at 18 percent, a slight drop from an early February survey.

Trump is building his lead as the candidates head next into the South Carolina primary this Saturday.

The billionaire businessman has escalated his attacks on rivals Cruz and Jeb Bush in recent days, accusing Cruz of lying about his record and going after Bush’s former president brother for his security and foreign policy record.

The disputes have raised concerns about the general tone of the GOP primary race; Trump was booed repeatedly at last weekend’s debate as he criticized George W. Bush over 9/11 and the decision to invade Iraq.

But Trump told Fox News he’s not worried about the fallout.

“I tell the truth. The war in Iraq was a disaster,” Trump said Wednesday.

Trump, while taking shots from his GOP rivals, also took heat Tuesday from President Obama during his press conference in California.

Obama said he doesn’t believe Trump ultimately will be elected, “because I have a lot of faith in the American people.”

Of being president, Obama said, “It’s not hosting a talk show or a reality show.”

The Quinnipiac pollsters note there are some trouble signs for Trump. Several rivals outperform him on the questions of which candidates voters find most honest and trustworthy (Rubio leads), and which candidates are seen as sharing their values (again, Rubio leads).