Workers at a Philadelphia polling place, after being ordered by a judge to cover up a mural of President Obama "in its entirety," slapped up a few pieces of paper that only partially covered his image -- while leaving the Obama campaign logo and a quote from the current president in full view for voters.

The judge's order followed a wave of complaints from Republican officials concerned the giant image of the president could influence voters at the site, a school in Ward 35.

The mural, positioned behind the voting machines, contains the words "change!" and "hope," along with a quote from the president and painting of him. Poll workers only covered up part of the mural, though, leaving the Obama campaign logo and other parts of the image visible, as well as the Obama quote.

Poll workers claimed only the face had to be covered.

Republicans quickly drew attention to the image Tuesday morning, with one Mitt Romney spokesman tweeting: "Voters in Philly's Ward 35 are being forced to cast their ballots next to this."

Pennsylvania election law states "no person within a polling place may electioneer or solicit votes for any political party, political body, or candidate, nor may any unauthorized written or  printed materials be posted within the polling place."

"There should not be any type of posters or any likeness of either of the candidate in the polling place. So I snapped a picture of it and sent it off to the local legal team who got an injunction from the judge to have it covered, because obviously it could pose a definite bias in voters," he said.

"This should be a time when they are free from any type of persuasion and that could obviously happen if you have a big mural of the president."

Michelle Reid, who went to vote at the site and voted for Obama, downplayed the commotion. "I'm assuming the reason why they did that is so it didn't seem like they were more for Obama, or force people to make choices. I don't see it as being a big deal," she said.

School district spokesman Fernando Gallard told FoxNews.com the mural was "inspirational" and one of two that went up in 2009 following a student vote. "Not our call," he said.

Some northern Florida voters also arrived at one polling station early Tuesday to find two pictures of Obama on a wall.

The photos inside the Jack McLean Community Center -- including one showing Obama and Martin Luther King Jr. -- were part of a long-standing Black History Month display and were immediately taken down when brought to the attention of officials, city of Tallahassee official Michelle Bono said.

The incident in Philadelphia was one of several controversies surfacing in Pennsylvania's largest city on Election Day.

"For this many inspectors to be ejected from polling places is rare, even for Philadelphia," the official told FoxNews.com.

The representative seen Tuesday, Jerry Jackson, was charged in the 2008 case along with Minister King Samir Shabazz, but later saw charges dropped by the Department of Justice. He was seen Tuesday wearing the group's trademark black beret, combat-style uniform and heavy boots. "No comment," Jackson said when approached by a reporter.

Which states have Obama and Romney visited the most? Check our Candidate Tracker to find out

The flap over the election judges, though, was widespread. Republicans claim they are obtaining a series of court orders to seat the so-called election "inspectors," and sheriff's deputies will be available to escort them.

Watch the results pour in like a pro with FoxNews.com's Election Command Center

Despite the high number of officials who were allegedly booted, the dispute itself is not uncommon for Philadelphia. Fred Voigt, legal counsel for the city commissioners, said these kinds of face-offs happen "with regularity" in the City of Brotherly Love.

"It happens all the time," Voigt said. He said court-appointed Republican officials typically show up on Election Day and end up squaring off against stand-in officials at the polling sites filling in the open seats. Part of the problem, he said, is that the Republican inspectors are appointed on relatively short notice, leading to a string of confrontations on Election Day.

"There are no cool heads here," Voigt said.

The on-site election officials are responsible for verifying the identity of voters, and monitoring for signs of fraud or disenfranchisement. 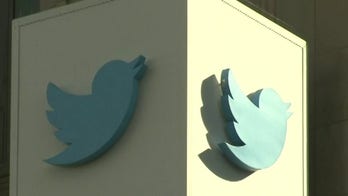