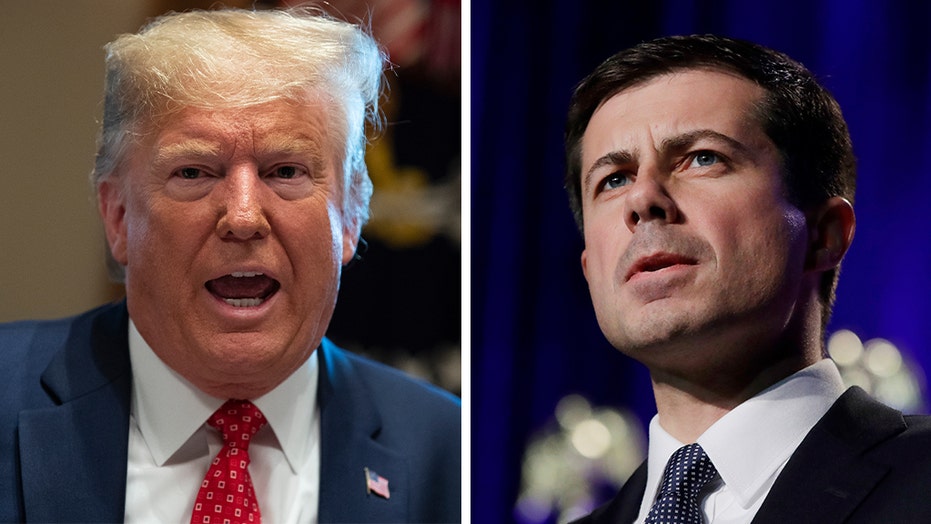 President Trump's campaign slammed South Bend, Ind., Mayor Pete Buttigieg on Tuesday, after it was revealed that the Democrat's presidential campaign several stock images -- including one of a Kenyan woman -- to illustrate his Douglass Plan, laying out reformation efforts intended to battle racial inequality in America.

"Mayor Pete’s 'Douglass Plan' is not only named after America's most prominent Black Republican but also is incredibly misleading and presumptuous," Trump's senior campaign adviser Katrina Pierson said in a statement Tuesday. Pierson had led the outreach initiative Black Voices for Trump.

"His lack of awareness to the current state of the black community, the historical figure his 'plan' is named after, and inability to get real support from blacks in South Carolina shows how out of touch he is. Presidents don’t talk, they act. What have you done for the black community in your city, Pete?"

The remarks came a day after the irrelevant image was spotted by The Intercept’s Ryan Grim, highlighting a larger issue that Buttigieg has faced while struggling to appeal to African American and Latino voters heading into the primaries.

"Donald Trump is in no position to give anyone advice on combating racism, but we're glad to have another chance to talk about Frederick Douglass and his legacy," Nina Smith, a campaign spokesperson for Buttigieg, told Fox News on Tuesday. "Pete was proud to name his comprehensive plan to dismantle systemic racism after one of America's most recognized leaders, Mr. Douglass, with input and support from his descendants."

Buttigieg's campaign rolled out the proposal – named the Douglass Plan after the abolitionist and activist Frederick Douglass – this past July. The plan called for changes to the nation’s health, education and criminal justice systems to combat institutional racism.

Although campaigns have long used generic stills and clips in ads and elsewhere, Buttiegieg's blunder occurred just as the campaign initiated new efforts to court black voters with a series of events surrounding Wednesday’s presidential primary debate in Atlanta. 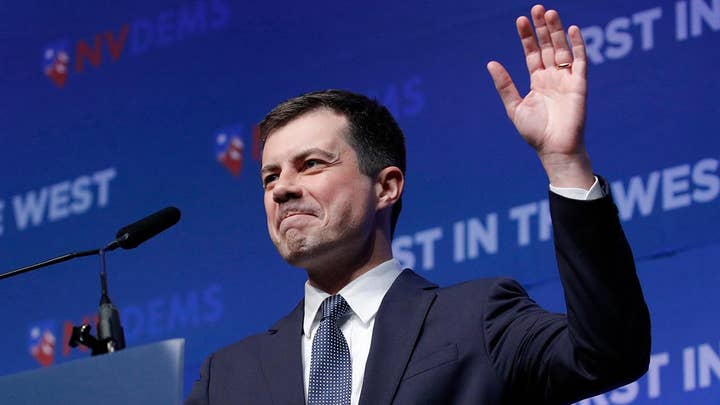 Buttigieg soared to top-tier status in recent weeks, particularly in Iowa, but still has struggled with black voters, composing roughly one-fifth of the primary electorate.

The campaign defended the plan despite the numerous hurdles that followed the rollout, which included backlash from lawmakers and 2020 presidential contenders in his own party. Sen. Kamala Harris, D-Calif., called the photo debacle a "big mistake" that Buttigieg "is going to have to answer for."

"Pete's Douglass Plan, which was developed with black leaders and activists, would make unprecedented investments in entrepreneurship, education, homeownership, health and justice," Smith told Fox News. "Pete knows it is not enough to simply replace racist policies with neutral ones; he is campaigning on the need to make intentionally anti-racist investments. Pete also knows it is not enough to simply beat Donald Trump; we need to elect someone who will pick up the pieces and bring this nation back together. The contrast will be very clear when Pete stands across from Donald Trump on the debate stage next fall."

The most recent Fox News Poll taken between Oct. 27 and Oct. 30 showed Trump and Buttigieg roughly tied, 41 percent each, in a 2020 general-election matchup.

Other national polling data from the same period, including a Real Clear Politics average, showed Buttigieg pulling ahead of Trump by four percentage points-- 46.8 to 42.3 percent respectively.