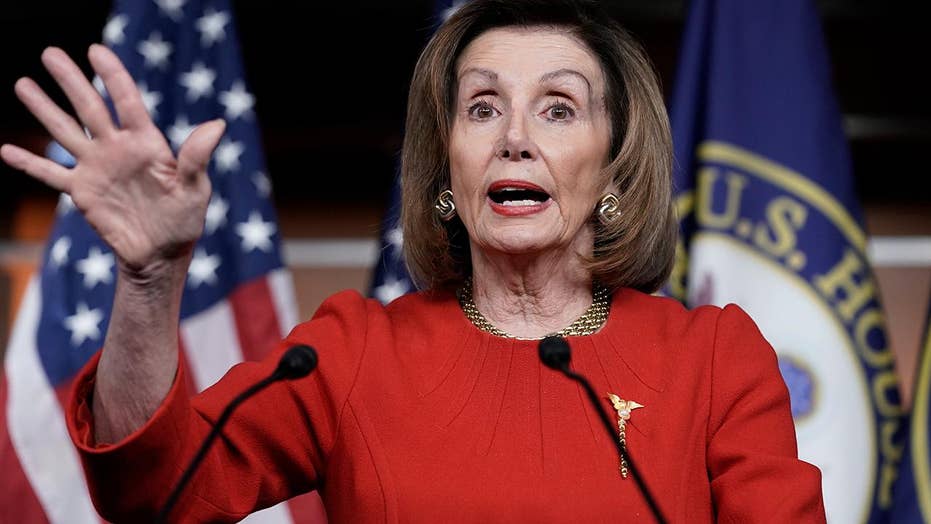 House Speaker Nancy Pelosi Friday formally invited President Trump to give his 2020 State of the Union address before the U.S. House, just two days after the majority of Congress voted to impeach him.

In a letter to Trump, Pelosi cited the constitutional obligation to invite the president to speak “from time to time.”

“In the spirit of respecting our Constitution, I invite you to deliver your State of the Union address before a Joint Session of Congress on Tuesday, Feb. 4, 2020 in the Chamber of the U.S. House of Representatives," Pelosi wrote.

The White House on Friday released a statement saying, "President Donald J. Trump has accepted the Speaker’s invitation to deliver the State of the Union Address on February 4, 2020."

The Feb. 4 address could come in the midst of a Senate trial if Pelosi sends over the two articles of impeachment House Democrats approved Wednesday. And Trump’s speech would happen at the height of the 2020 election campaign, with the Iowa caucuses scheduled a day prior.

During the 1999 State of the Union address given by then-President Bill Clinton, he did not mention the then-occurring impeachment trial in the Senate.  Several Republican House members boycotted the 77-minute speech to show their displeasure with Clinton. Some Democrats, including Sens. Dianne Feinstein of California and Sen. Chuck Schumer of New York, joined Republicans in urging Clinton to delay the address.

It wasn’t impeachment, but there was high-drama for Trump's last State of the Union. His planned January address before the newly-elected Democratic House majority was delayed because a record-long government shutdown that had Trump and Pelosi in a political standoff.

Once the government reopened, Trump gave his speech on Feb. 5, 2019, at Pelosi's invitation.