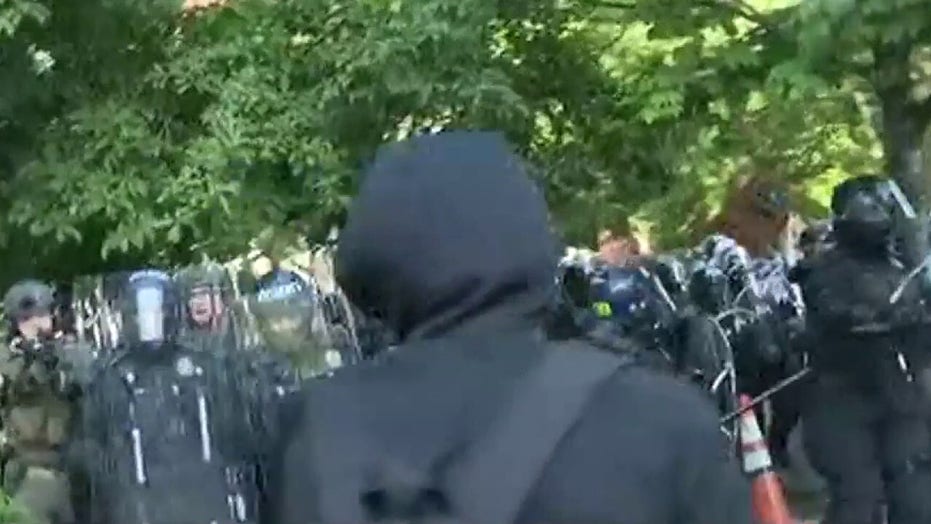 Authorities in Washington, DC move to clear crowd of protesters from near White House ahead of curfew

In a statement released on Tuesday by the USPP, the law enforcement agency said “no tear gas was used” when clearing a large group of protestoes from the area. The USPP said they took the steps “to curtail the violence that was underway,” pushing back against claims that the protest was entirely peaceful.

“At approximately 6:33 pm, violent protestors on H Street NW began throwing projectiles including bricks, frozen water bottles and caustic liquids,” the USPP said in a statement. “The protestors also climbed onto a historic building at the north end of Lafayette Park that was destroyed by arson days prior. Intelligence had revealed calls for violence against the police, and officers found caches of glass bottles, baseball bats and metal poles hidden along the street.”

While the USPP said that the agency supports the right to protest peacefully, many activists and lawmakers in Washington have criticized it for the use of force on Monday evening.

The move by the USPP came shortly after Attorney General William Barr the scene at Lafayette Park across from the White House, where several thousand protesters had gathered for more demonstrations after the police killing of George Floyd. 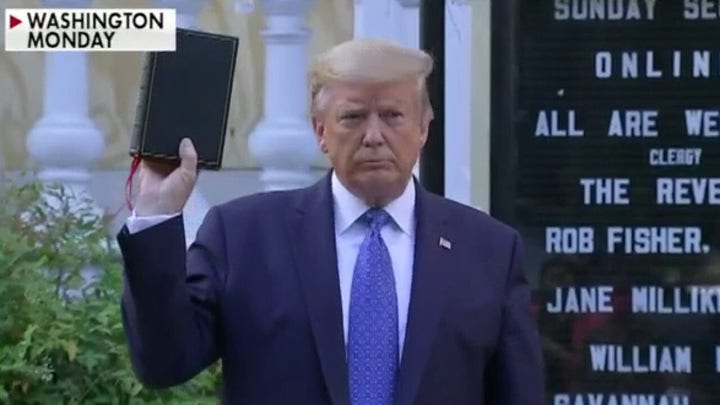 Soon afterwards – and just as Trump was about to address the media in the Rose Garden - law enforcement officers were aggressively forcing the protesters back, firing what at the time was reported to be tear gas and deploying flash bangs into the crowd to disperse them from the park for seemingly no reason. It was a jarring scene as police in the nation's capital forcefully cleared young men and women gathered legally in a public park on a sunny evening, all of it on live television.

With smoke still wafting and isolated tussles continuing in the crowd, Trump emerged in the Rose Garden for a dramatic split-screen of his own creation.

“I am your president of law and order and an ally of all peaceful protesters," he declared, before demanding that governors across the nation deploy the National Guard "in sufficient numbers that we dominate the streets." And he warned that, if they refused, he would deploy the United States military “and quickly solve the problem for them.”

As an additional show of force, Trump announced he was deploying even more of the military to Washington, D.C., giving it the feel of an armed, locked-down city after days of violent clashes, arson and looting.

Washington Mayor Muriel Bowser said she never requested help from neighboring jurisdictions to quell demonstrations and added that D.C. officials flatly rejected a proposal floated by the Trump administration to take over the local police department and threatened legal action if they did.

The federal government has deployed law enforcement officials from numerous agencies and National Guard troops from a number of states have been sent to the District of Columbia. Barr is directing the federal law enforcement response in the city. 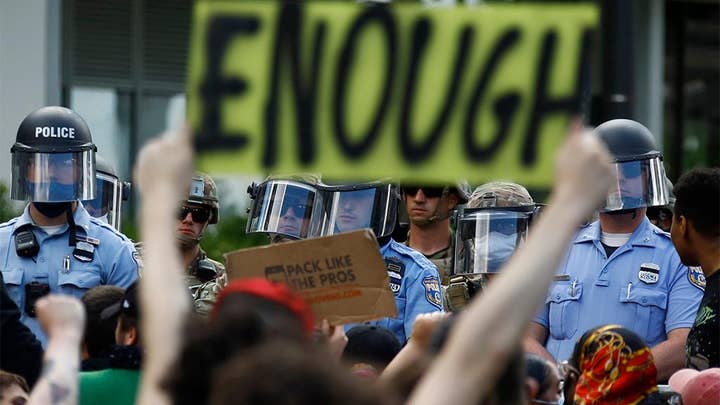 “There will be even greater law enforcement resources and support in the region tonight,” Barr said in a statement. "The most basic function of government is to provide security for people to live their lives and exercise their rights, and we will meet that responsibility here in the nation’s capital.”

The Trump campaign seized on the statement from the Park Police to hit back at media reporting.

“It’s said that a lie can get halfway around the world before the truth can get its pants on,” said Tim Murtaugh, the Trump 2020 communications director. “This tear gas lie is proof of that. For nearly an entire day, the whole of the press corps frantically reported the ‘news’ of a tear gas attack on ‘peaceful’ protestors in Lafayette Park, with no evidence to support such claims. We now know through the U.S. Park Police that neither they, nor any of their law enforcement partners, used tear gas to quell rising violence.”

Murtaugh said: “We also know that police discovered stashes of weapons like glass bottles, baseball bats, and metal poles hidden nearby, which are indeed strange items to have on hand for a ‘peaceful’ protest.”

Several major cities have enacted curfews, and in D.C., Bowser set a 7 p.m. curfew for Monday and Tuesday. Violent demonstrators ignored the 11 p.m. curfew the night before as they set buildings and trash cans on fire and broke into stores to steal items from the shelves.