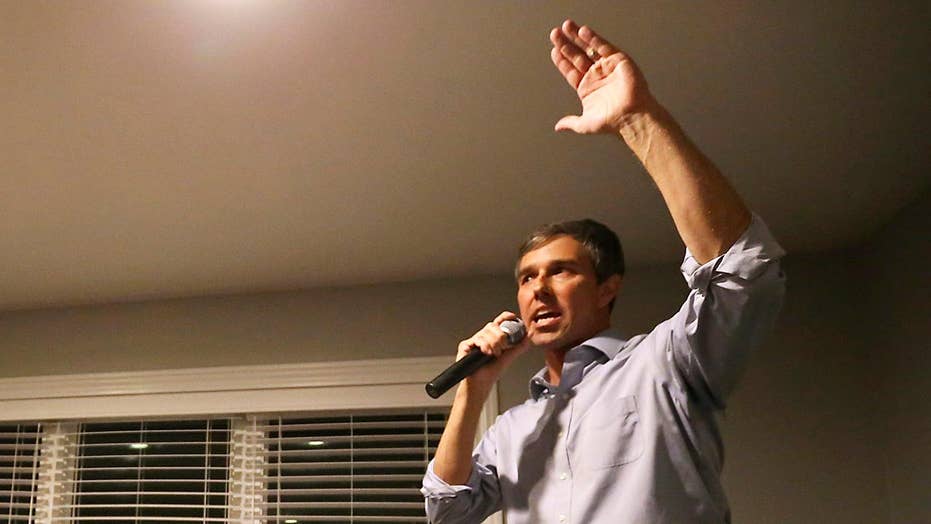 Who is Beto O'Rourke?

Beto O'Rourke has officially declared his intent to run for president in 2020, but how does he stand up against the already crowded field of Democratic hopefuls?

Beto O’Rourke, whose entry into the 2020 presidential race last week was accompanied by immense media fanfare, is already rolling in campaign cash.

The field’s newest candidate reported raising a whopping $6.1 million online in the first 24 hours after his announcement, marking a new record for the 2020 Democratic primary race.

“In just 24 hours, Americans across this country came together to prove that it is possible to run a true grassroots campaign for president -- a campaign by all of us for all of us that answers not to the PACs, corporations and special interests but to the people,” O’Rourke, a former Texas congressman who lost last year’s Senate race to Republican Ted Cruz, said in a statement.

The previous record this year was set by Sen. Bernie Sanders, I-Vt., whose campaign posted a $5.9 million haul in the first 24 hours after his 2020 launch.

The Sanders campaign touted that 223,047 individuals made contributions, averaging nearly $27 per person just like during his 2016 bid.

O’Rourke’s campaign did not break down an average but reported that the donations came from every state and territory in the country, “without a dime from PACs, corporations or special interests.”

Sen. Kamala Harris of California, who announced her candidacy in January, brought in more than $1.5 million during her first day as a candidate. And last month Sen. Amy Klobuchar of Minnesota raised $1 million in her first 48 hours after announcing her bid.

Even some lesser-known candidates, such as Gov. Jay Inslee of Washington State and former Colorado Gov. John Hickenlooper, came out of the gate with some large fundraising figures. Both candidates hauled in over $1 million in their first two days as 2020 contenders.

O’Rourke announced his candidacy for president on Thursday and spent three days campaigning in Iowa, the state that kicks off the presidential caucus and primary calendar.

Fundraising is considered an important barometer of a candidate's popularity and a campaign's strength. Campaign cash can be used by a candidate to build an organization and hire staff, increase voter outreach efforts, travel and fund ads.