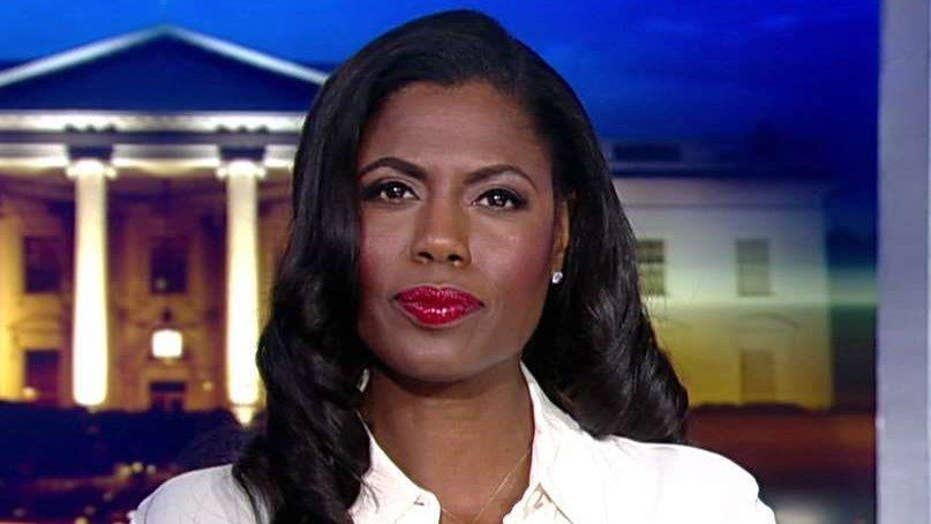 Omarosa: People think I should align with Dems

Trump White House aide on the controversy surrounding President Trump's response to the fatal Charlottesville riots, her decision to walk away from the NABJ Convention

Omarosa Manigault appears to have run afoul of new White House Chief of Staff John Kelly, who has taken steps to limit her access to President Trump as he tries to bring discipline to a chaotic West Wing, according to a news report.

She has been put on a so-called “no-fly list” that Kelly is keeping of White House aides he deems unfit to attend serious meetings, The New York Times reported.

Hers is the most prominent name on the list according to The Times report which describes her as a former “Apprentice” star with an ill-defined job in the White House.

The paper reported late Friday that Manigault's penchant for dropping into meetings to which she was not invited is what landed her on the no-fly list.

The person given the responsibility of enforcing it is Kirstjen Nielsen, Kelly’s brusque, no-nonsense long-time aide who is willing to be hated, the paper reported.

Her appointment was announced at a staff meeting Wednesday as part of Kelly's effort to foster a more disciplined environment inside a leaky White House.

But, the paper reported, the move has also left Kelly’s White House enemies seething, as well as plotting and griping to sympathetic members of the press.

It is Nielsen who sends out emails announcing internal policy and planning meetings that now contain a clipped addendum—“principals only” with a stern warning that any subordinates who wander in will be immediately ejected, The Times reported.

Manigault could not be reached for comment. A White House operator told Fox News that the office was closed and to call back Monday.

Last month, Manigault, who is the director of communications for the White House Office of Public Liaison, clashed with a veteran news anchor during a panel discussion on policing in black communities held at the National Association of Black Journalists convention in New Orleans.

Her conversation with anchor Ed Gordon became testy when he attempted to question her on President Donald Trump's policies around policing in communities of color. Trump had recently said some police officers were too courteous to suspects when arresting them.

The conversation quickly escalated into a tense exchange before Manigault left the stage. Several people in the audience, which included non-journalists, turned their backs in protest during the discussion.

“If you want to ask about the loss of my father and my brother and the issues I do, ask about my story,” she told Gordon. “I’m not going to stand here and defend every single word and statement. Ask questions about me or my father and brother.”