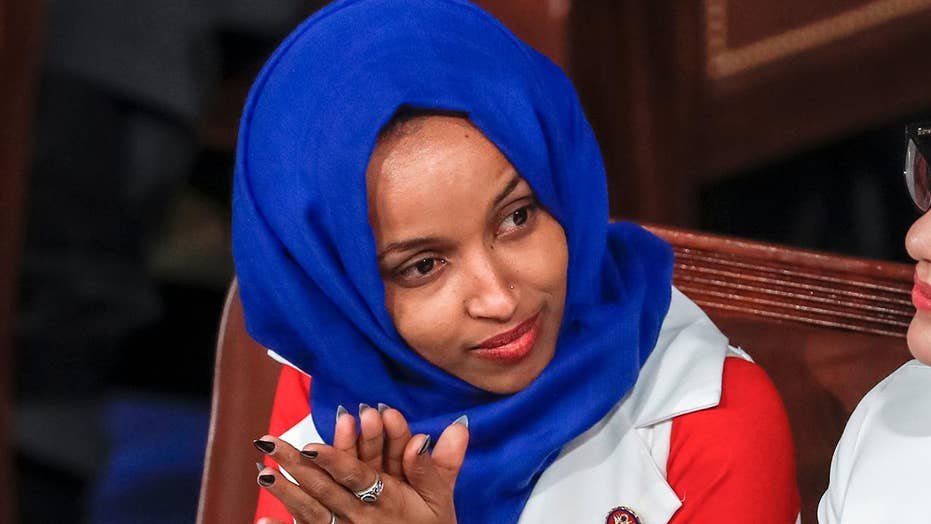 Freshman Rep. Ilhan Omar, D-Minn., added insult to injury in her over-the-top grilling of a White House diplomat, implying that he supported genocide and crimes against humanity - including the rape of 12-year-old girls - in Central America only after first getting his name wrong.

Wednesday's hostile line of questioning directed at Venezuela special envoy Ellioti Abrams included Omar accusing the longtime diplomat of supporting right-wing governments in Latin America and citing his guilty plea in 1991 to two misdemeanor counts of lying to Congress . But it only began after she first called him the wrong name.

Omar called Abrams "Mr. Adams." She went on to ask why he should be believed Wednesday after previously withholding information decades ago about the Iran-Contra affair.

Abrams attempted to respond, but was cut off by the freshman representative, who informed him it was not a question. It was heated and Abrams said it was an "attack." Omar later posted a video of the exchange but left out the part where she called Abrams the wrong name.

Some posts on social media said it appeared she was reading from a "script."

"It's not right members of this committee can attack a witness who is not permitted to reply," he said.

Omar, who has a seat on the House Foreign Affairs Committee, went on to cite Abrams' prior testimony about operations in Central America.

“On February 8, 1982, you testified before the Senate Foreign Relations Committee about U.S. policy in El Salvador. In that hearing, you dismissed as Communist propaganda [the] report about the massacre of El Mozote, in which more than 800 civilians, including children as young as 2 years old, were brutally murdered by U.S.-trained troops. During that massacre, some of those troops bragged about raping 12-year-old girls before they killed them. You later said that the U.S. policy in El Salvador was a ‘fabulous achievement.’Yes or no, do you still think so?”

"That is a ridiculous question, and I will not respond to it," Abrams said. "I'm sorry, Mr. Chairman, I am not going to respond to that kind of personal attack, which is not a question."

Abrams told the committee that he believes increasing international pressure will eventually lead to the ouster of President Nicolas Maduro.

He did not predict when Maduro would step down. But Abrams said “a storm is brewing” inside his government and the Venezuelan leader “will not be able to weather it much longer.