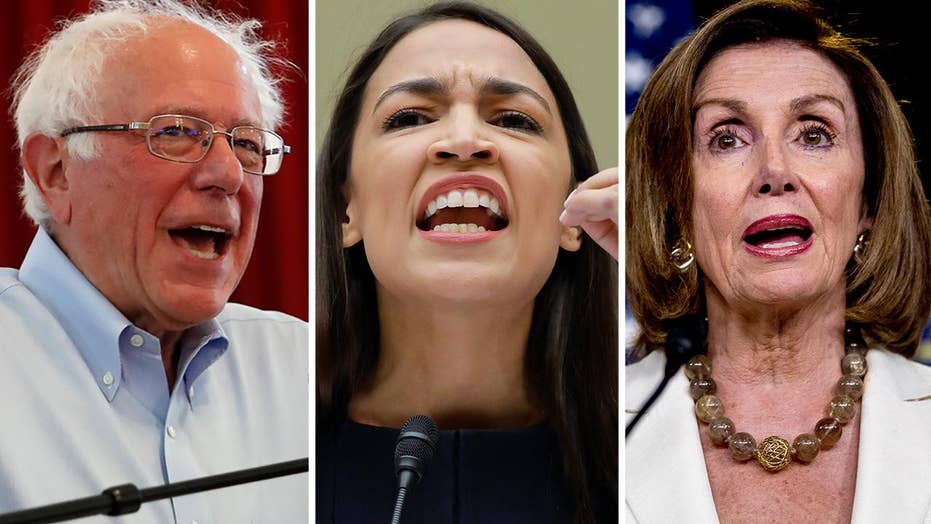 Alexandria Ocasio-Cortez continued her Twitter feud with President Trump on Monday and accused him of turning the GOP into a racist party, through his support of white supremacism.

The New York Democrat said Trump's Sunday tweets telling "Progressive Democratic Congresswomen" to fix their home countries before they critique America was a racist statement and should alarm the entire country.

Trump also mentioned House Speaker Nancy Pelosi in his Sunday tweets and said she would be glad to get rid of her progressive House members. It wasn't clear who Trump was referring to but it's assumed he was targeting Reps. Ocasio-Cortez, D-N.Y., Rashida Tlaib D-Mich., Ayanna Pressley, D-Mass., and Ilhan Omar, D-Minn.

Ocasio-Cortez called on all Republicans to speak out against Trump's comments and said if they don't publicly denounce the president, voters can assume they condone racism. 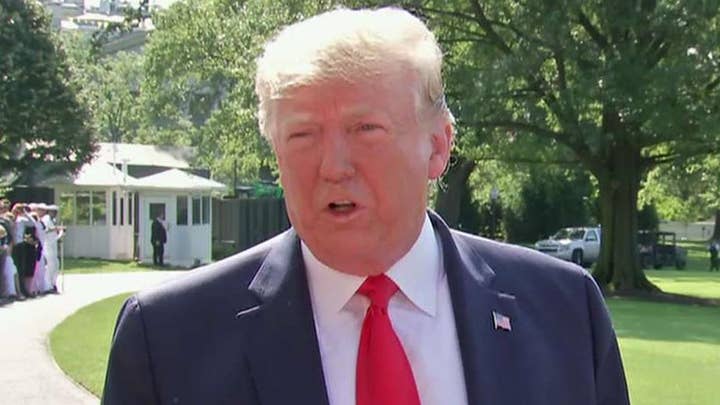 "It’s important to note that the President’s words yday, telling four American Congresswomen of color 'go back to your own country,' is hallmark language of white supremacists. Trump feels comfortable leading the GOP into outright racism, and that should concern all Americans," the freshman New Yorker tweeted.

"Until Republican officials denounce yesterday’s explicitly racist statements (which should be easy!), we sadly have no choice but to assume they condone it. It is extremely disturbing that the *entire* GOP caucus is silent. Is this their agenda?"

Omar also gave a followup comment on Twitter after the feud began yesterday, and suggested Trump was sinking and beginning to implode.

“There are few things more dreadful than dealing with a man who knows he is going under, in his own eyes, and in the eyes of others. Nothing can help that man. What is left of that man flees from what is left of human attention.” ~James Baldwin," she tweeted.

TRUMP DOUBLES DOWN ON 'GO BACK' TWEETS AMID OUTRAGE, CALLS ON 'RADICAL REPS' TO APOLOGIZE

Tlaib tweeted out a photo of all four women on Sunday in a show of solidarity, adding: "Love to ALL my sisters in service (at home & in Congress), we only grow stronger lifting each other up."

On Sunday, the Washington Post's global opinions editor Karen Attiah blamed Pelosi's harsh criticism of the four progressive members for their spat with Trump and said her actions gave him an opening to attack the Freshman Reps.

Ocasio-Cortez has spoken publicly about her relationship with Pelosi and suggested the speaker has been giving her busy work to keep her quiet and out of the public eye.