Alexandria Ocasio-Cortez accused Congress of using women and minorities as chess pawns, saying the communities have been "auctioned off and negotiated off" for decades.

"When it comes to women of color in Congress, particularly the freshman, it's that we both have encountered and represent communities that have been auctioned off and negotiated off for the last 20 years. And we're over it," she said during a Tuesday interview with The New Yorker Radio Hour.

Ocasio-Cortez said there is a significant amount of insincere pandering that occurs when lawmakers are in the midst of legislative discussions. 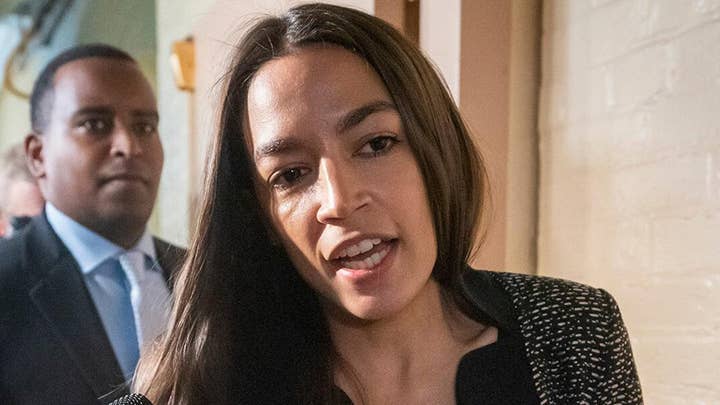 PELOSI SAYS SHE HAS 'NO REGRETS' ABOUT CALLING OUT FOUR PROGRESSIVE MEMBER: 'NOT WHAT I DO'

"We see in these negotiations all the time--- it's like fighting for black communities or policies that help women," she said. "They're bargaining chips. And they're the first chips that are reached for in any legislative negotiations."

Ocasio-Cortez also commented on the current state of the Democratic party and encouraged her colleagues to stop fearing the word socialism. She also said she was shocked by how concentrated power has become within the nation's capital.

"We don't know how to talk about our own issues in ways that I think are convincing ... we're too often on the defense. We're too often afraid of our own values and sticking up for them. And I feel like we run away from our convictions too much," she said.

"The rules of Congress have changed over the years to put, I think, an insane amount of power in a handful of people -- within even just the House of Representatives itself. The Speaker, [party] leadership, committee chairs ... over the years the rules have changed to kind of consolidate power to a very large degree."