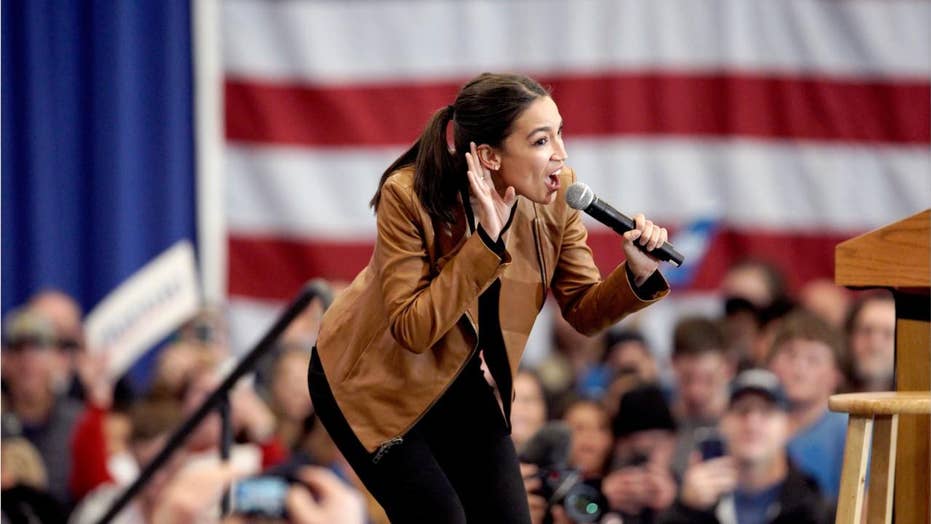 White House adviser Stephen Miller gets slammed by Alexandria Ocasio-Cortez as 'white nationalist' after a report from the Southern Poverty Law Center.

Rep. Alexandria Ocasio-Cortez, D-N.Y., launched a petition this week calling for senior White House adviser Stephen Miller’s resignation, claiming that a recent report proves he is a “white nationalist” and the “architect” of what she described as President Trump’s “mass human rights abuses at the border.”

Critics of Omar pointed out that Miller is Jewish and condemned her remarks as anti-Semitic. The president’s son, Donald Trump Jr., also weighed in, calling Omar the “head of the Farrakhan Fan Club” and saying she “apparently has no shame.”

But Ocasio-Cortez claimed this week that a recent report from Southern Poverty Law Center proved Omar’s point. The report references purported leaked emails reviewed by Hatewatch, a branch of the liberal nonprofit that says it is dedicated to monitoring America’s “radical right.”

On Wednesday, she retweeted a link to her online petition calling for Miller’s resignation.

“Each day we allow a white nationalist to be in charge of US immigration policy is a day where thousands of children & families lives are in danger,” the New York Democrat said. “This year alone, under Miller’s direction, the US has put almost 70,000 children in custody.” She did not cite her source for that figure.

It also claimed that Miller shared white nationalist websites, a “white genocide”-themed novel, xenophobic conspiracy theories and eugenics-era immigration laws that Adolf Hitler lauded in “Mein Kampf.” The report concludes the emails show that Miller used these ideologies to “as an architect” for Trump administration immigration policies, included the travel ban, zero-tolerance police, which resulted in the separation of children at the border, and undocumented immigrant arrest quotas.

Miller has been known for having a major influence over President Donald Trump’s immigration policy and was reportedly instrumental in the ousting of Department of Homeland Security Secretary Kirstjen Nielsen.