Rep. Alexandria Ocasio-Cortez, D-N.Y., claimed during a recent town hall event that the Department of Veterans Affairs “isn’t broken" and is actually providing “some of the highest quality” care to veterans.

“All I can think of is that classic refrain that my parents always taught me growing up, is that: ‘if it ain't broke, don't fix it,’" she said in New York, as part of her argument against privatizing aspects of the scandal-scarred agency's work.

"That is the opening approach we have seen when it comes to privatization, it's the idea that this thing that isn’t broken, this thing that provides some of the highest quality care to our veterans somehow needs to be fixed, optimized, tinkered with until we don’t even recognize it anymore," she said, in comments first reported by The Washington Examiner.

The comments are likely to raise the ire of proponents advocating VA reform. The department was plagued by scandal during the Obama administration -- including secret wait lists, systemic neglect and veterans dying while waiting to see a doctor.

“Putting our veterans first means making sure they are at the center of any reform efforts. That is exactly what the administration did with the VA MISSION Act -- put the veteran ahead of the bureaucracy," Dan Caldwell, executive director of Concerned Veterans for America, told Fox News when asked about Ocasio-Cortez's comments. "The VA is structured for a veteran population that has fundamentally changed from when it was built. Policy reforms should fundamentally change with the population and the times. When the resources follow the veteran, the veteran wins."

"When resources go to prop up an aging and outdated bureaucracy, the veteran loses. It’s not about ‘fixing’ the VA, rather it is about making sure the focus of the VA is on the veteran, not itself," he said.

Current VA Secretary Robert Wilkie is the fourth secretary to lead the VA in the past four years, while the VA’s $200 billion budget has doubled in the past decade. 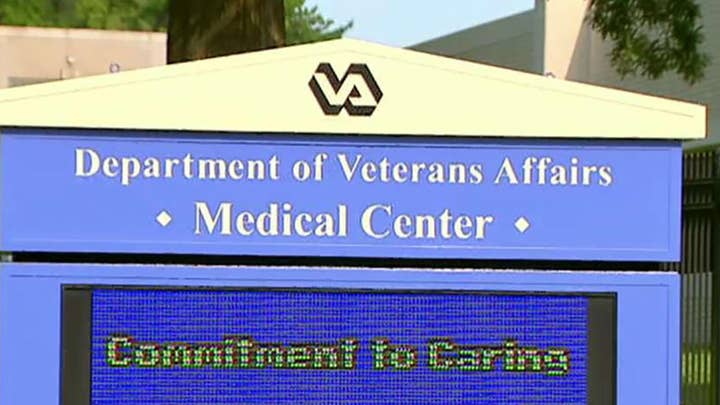 Wilkie has since declared the VA to be making “groundbreaking progress,” on accountability, transparency and efficiency while touting the MISSION Act.

"Under President Trump, VA has done more in the last two years than it has in decades in reforming the department and improving care and benefits for our nation’s heroes," he said in a Fox News op-ed in January, before saying there was still work to be done on issues such as suicide prevention.

Ocasio-Cortez’s comments are part of an increasing ideological shift among Democrats questioning the benefits of private health care -- with many now pushing single-payer forms of government-run health care for the population at large.

2020 hopeful Sen. Bernie Sanders, I-Vt., this month unveiled his latest Medicare-for-all plan, signed onto by a number of other 2020 hopefuls. That plan would largely abolish private insurance plans -- with Sanders suggesting insurers could be reduced to cosmetic surgery.

"Under Medicare for All, we cover all basic health care needs, so they're not going to be there to do that. I suppose if you want to make yourself look a bit more beautiful, you want to work on that nose, your ears. They can do that," he said.