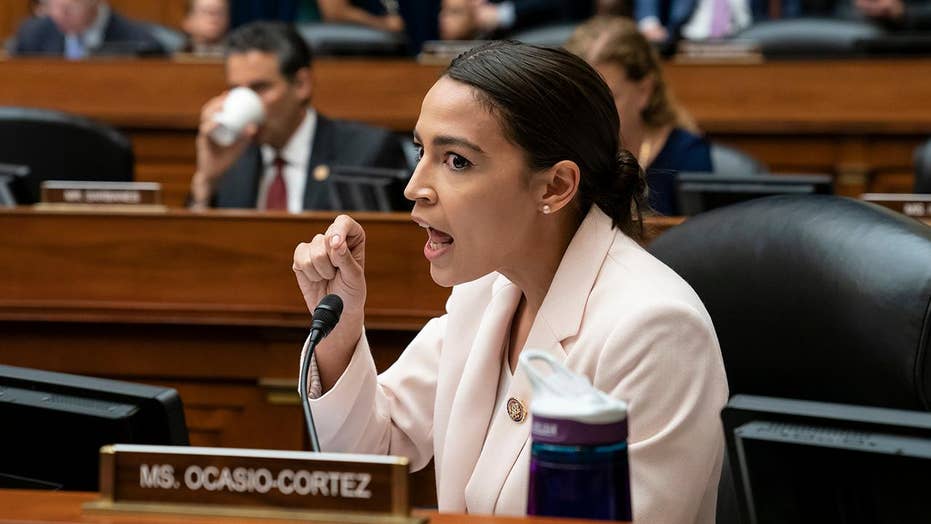 New York Rep. Alexandria Ocasio-Cortez accused U.S. Customs and Border Protection of having a “violent culture” and questioned how officers treat migrants after a report surfaced Monday about a secret Facebook group where Border Patrol agents purportedly posted graphic and vulgar jokes about the Democratic lawmaker as well as illegal immigrants.

“This isn’t about ‘a few bad eggs,’ Ocasio-Cortez said in a series of tweets. “This is a violent culture.”

The website ProPublica posted a story Monday headlined “Inside the Secret Border Patrol Facebook Group Where Agents Joke About Migrant Deaths and Post Sexist Memes.” In addition to showing indifference toward the deaths of migrants, members made vulgar jokes about Ocasio-Cortez and other members of the Congressional Hispanic Caucus ahead of their visit a Border Patrol facility in Texas on Monday, the story said.

In one post reported by ProPublica, a group member referenced the visits by Democrats and encouraged an officer to throw a “burrito at these b-----s.” Other posts included a vile, fake photo illustration of Ocasio-Cortez engaged in oral sex with President Trump.

The U.S. Customs and Border Protection condemned the posts.

“These posts are completely inappropriate and contrary to the honor and integrity I see—and expect—from our agents day in and day out," U.S. Border Patrol Chief Carla Provost said in a statement to Fox News. "Any employees found to have violated our standards of conduct will be held accountable.”

Matthew Klein, the assistant commissioner of the CBP’s Office of Professional Responsibility, said the Department of Homeland Security’s inspector general opened an investigation on Monday.

"Today, U.S. Customs and Border Protection was made aware of disturbing social media activity hosted on a private Facebook group that may include a number of CBP employees," Klein said. "CBP immediately informed DHS Office of the Inspector General and initiated an investigation."

ProPublica did not post the names of those who made the vulgar posts. But, the news outlet said the Facebook group was called “I’m 10-15” and had about 9,500 members including current and former border officers. “10-15” is code for “aliens in custody.”

"Just left the 1st CBP facility," she tweeted. "I see why CBP officers were being so physically &sexually threatening towards me. Officers were keeping women in cells w/ no water & had told them to drink out of the toilets. This was them on their GOOD behavior in front of members of Congress."