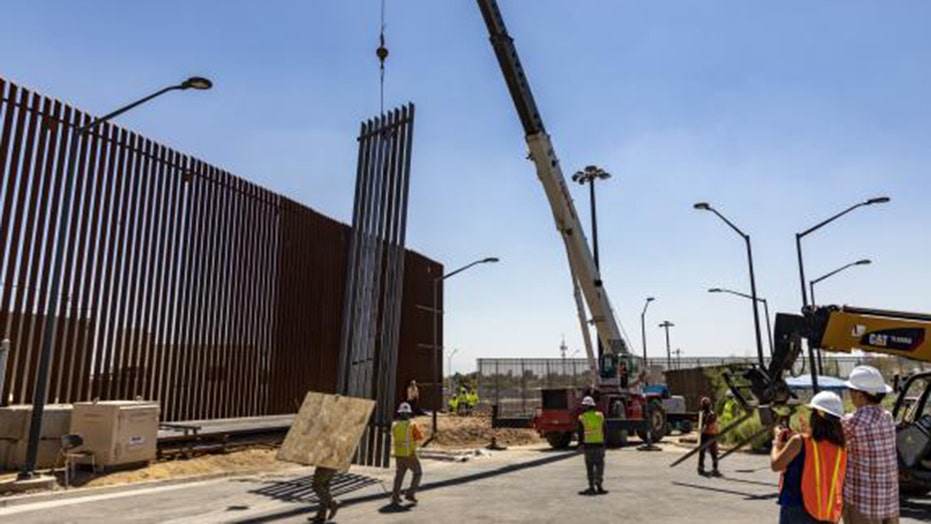 New reinforced panels are being used to strengthen the border wall in the Calexico area of California.

New reinforced panels are being used to strengthen the border wall in the Calexico area of California.

U.S. Customs and Border Protection (CBP), in partnership with the Army Corps of Engineers, announced a new panel installation on an 11-mile section of wall within the Border Patrol's San Diego sector on Thursday.

The new panels will replace the existing secondary barrier with 30-foot tall steel bollards as well as technology improvements, according to the CBP.

CBP says the El Centro and San Diego Sectors have been experiencing high levels of illegal-immigrant traffic. They hope this new addition to the wall will help support the Department of Homeland Security in hindering illegal crossings, and in quelling drug and smuggling activities.

The CBP announced the project earlier this month along with a new border wall project in Tecate, Calif. The $127 million contract to construct both projects was awarded to SLSCO Ltd. in December 2018. It's being paid to fix dilapidated or outdated border wall designs.

CBP says the additions were not associated with President Trump's Executive Order 13767, also known as the Border Security and Immigration Enforcement Improvements.

Construction for the Tecate and Calexico projects is expected to cover 15 miles and will continue into 2020, according to CBP.

This news comes as a judge on Saturday blocked Trump from using $2.5 billion in military funding to build the border wall.