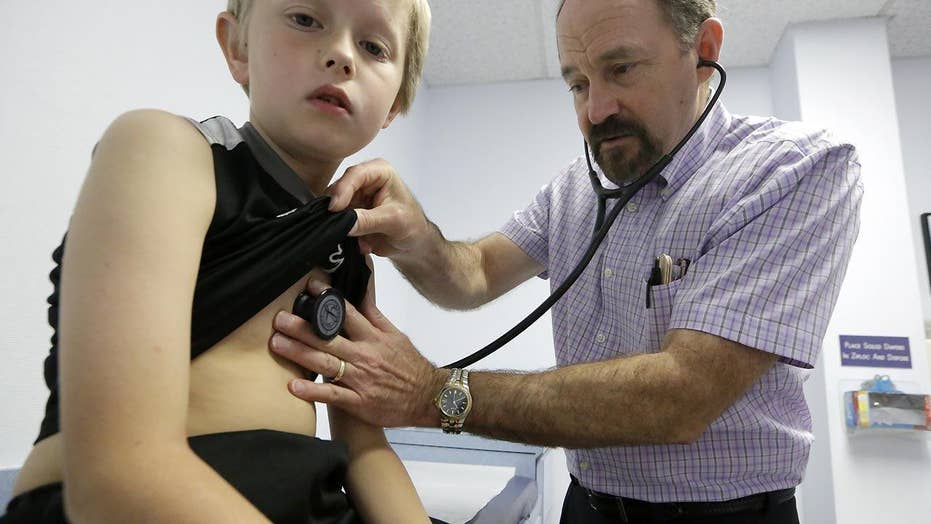 How ObamaCare is hurting the economy

ObamaCare will reduce work hours equivalent to 2 million jobs in the next decade amid a host of incentives not to work or to work less, a new Congressional Budget Office (CBO) report says -- the latest blow to President Obama’s signature health insurance plan.

The report estimates the Affordable Care Act, or ACA, will make the labor supply shrink by 0.86 percent in 2025. This amounts to a shrinkage equivalent to approximately 2 million full-time workers.

The nonpartisan CBO estimates that the decline will come primarily due to workers responding to changes made by the law to federal programs and tax policy. The agency points to the introduction of health care subsidies tied to income as a key factor -- which in turn raises effective tax rates as someone’s earnings rise, therefore reducing the amount of work Americans choose to do.

“Subsidies decline as income increases, reducing the return on earning additional income,” the report says. “That decline is effectively an increase in recipients’ effective marginal tax rate, so it generally reduces their work incentives through the substitution effect.”

Since the subsidies also reduce the burdens attached to unemployment, the CBO predicts that the law will create additional “work disincentives” for those who are unemployed for part of the year. It concludes that the exchange subsidies will contribute to half of the overall reduction of the labor supply.

The report also points to direct taxes, such as ACA’s hike of the payroll tax on high earners for Medicare’s Hospital Insurance Program, as a reason for discouraging some from working. Another pressure on wages will come from the employer mandate, which imposes a penalty on employers if they have more than 50 employees and do not provide insurance. The CBO predicts that within a few years this charge will be passed on to employees in the form of lower wages.

In what will be seen as a positive by ObamaCare’s supporters, the CBO predicts that a contributing factor to the shrinkage in the labor force will be the consequence of insurance subsidies that will make it easier for some people to stop working, or work less, without losing health insurance.

“Some people would choose to work fewer hours; others would leave the labor force entirely or remain unemployed for longer than they otherwise would,” the report says.

Republicans hailed the report as yet more proof the controversial law is not working.

“When the President’s health law hurts the labor force at the same time it increases health care premiums and taxes, it’s clear the law is not working for the American people,” Senate Finance Committee Chairman Orrin Hatch, R-Utah, said in a statement.

“The CBO’s latest report confirms yet another broken promise and negative consequence stemming from ObamaCare,” Hatch said. Unfortunately, until Democrats and the president are willing to address these failures, the American people will be left to stomach the devastating side effects of this ill-advised health law.”

The report comes at an awkward time for the Obama administration: just days after the Senate passed a bill that would repeal key parts of the law. The White House has said that President Obama will veto the legislation.