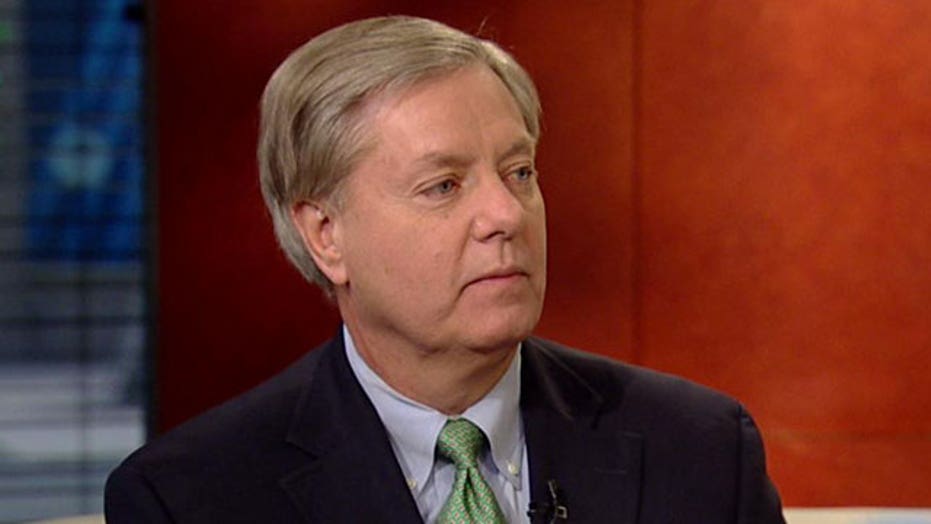 Is no deal better than a bad nuke deal with Iran?

President Obama personally appealed to senators on Tuesday to hold off on seeking additional sanctions while negotiations over Iran's nuclear program are under way, but continued to face skeptical lawmakers worried that a proposed deal would go easy on Tehran.

The president, along with Secretary of State John Kerry and National Security Adviser Susan Rice, met with key senators for two hours to make their case on Iran. The president is dealing with restless lawmakers on both sides of the aisle who think additional sanctions could help make Iran more pliable at the negotiating table over its nuclear program.

According to Sen. Bob Corker, R-Tenn., Obama asked lawmakers to pause for "a period of time." Corker said he doesn't anticipate Congress will act on Iran at least until after the Thanksgiving break.

But after the meeting, six senators wrote to Kerry urging the administration not to accept any deal that would ease sanctions without rolling back Iran's progress toward gaining a nuclear weapon.

"If we are reducing sanctions, Iran should be reducing its nuclear capabilities," they wrote, specifically voicing concern that a proposal would let Iran access frozen capital without making major concessions in return.

McCain and Graham also reiterated their call to their fellow members of Congress Tuesday night to keep the pressure on Iran's rulers by continuing with bipartisan sanctions legislation.

At the daily White House briefing, Press Secretary Jay Carney argued that more sanctions could certainly be pursued as part of a "robust response" if Iran does not agree to an emerging proposal -- or if it agrees, and fails to follow through.

But, he said, lawmakers should give diplomacy more time.

"We have the opportunity to halt the progress of the Iranian program, roll it back in key aspects, while testing whether a comprehensive resolution can be achieved," he said.

Though critics have complained that the U.S. and its allies could be giving up too much by easing certain sanctions in the interim, Carney said the initial relief proposed is "limited, temporary and reversible."

After Iran walked away from an earlier proposal, negotiators are to meet again starting Wednesday in Geneva in hopes of concluding a deal. On Monday, Kerry declined to predict if they would reach an agreement.

"I have no specific expectations with respect to the negotiations in Geneva except that we will negotiate in good faith and we will try to get a first-step agreement and hope that Iran will understand the importance of coming there prepared to create a document that can prove to the world that this is a peaceful program," he said.

Ahead of the talks Tuesday, Prime Minister David Cameron became the first British leader in more than a decade to call an Iranian president. A spokesman for the prime minister's office said in a statement Cameron and Rouhani agreed it was important to "seize the opportunity" to further discuss Iran's nuclear program during the negotiations.

The talks have stirred concern not only from U.S. lawmakers, but also Israeli Prime Minister Benjamin Netanyahu, who has warned that Iran would be getting the better end of the deal.

Kerry said Monday that Netanyahu has "every right" to voice his opposition. But he stressed that the United States is deeply committed to Israel's security and sought to assure Netanyahu, ordinary Israelis and pro-Israel members of Congress who are opposed to the proposed agreement.