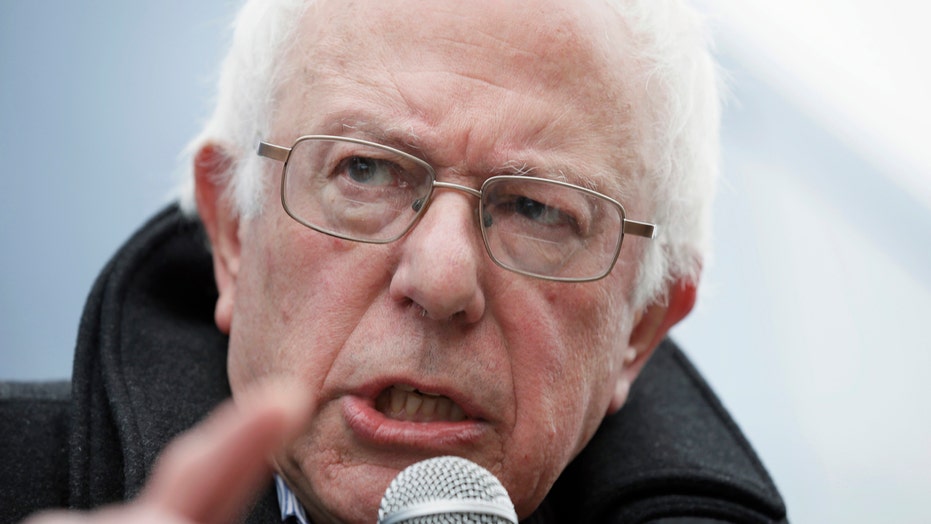 Could Bernie Sanders' base be his undoing?

The two met in the Oval Office, and Sanders afterward told reporters they had a good session.

“I thought it was a very positive and constructive meeting,” Sanders said.

Coming just days before the leadoff Iowa caucuses, the one-on-one meeting could help Obama display some public neutrality in the heated and unexpectedly tight primary race to replace him -- refuting suggestions that he's in the can for Sanders' rival Hillary Clinton.

Days earlier, in an interview with Politico, Obama had likened Sanders to a “bright, shiny object” and dismissed comparisons between Sanders’ bid and his own 2008 campaign.

The Obama-Sanders sit-down may have been scheduled before that report. According to the White House, Sanders had sought the meeting with Obama weeks earlier – and it happened to come together late Wednesday morning.

For her part, Clinton has tried to portray Sanders as an Obama detractor who not only wants to replace his signature health care law but in 2011 openly considered recruiting a primary rival to run against the president.

Sanders and Obama do have their “differences,” Sanders acknowledged Wednesday.

But he sought to downplay them after the meeting.

He noted Obama “was kind enough to campaign for me when he was a senator and I've never forgotten that.” Likewise, Sanders said he campaigned for Obama in 2008 and 2012 (though Sanders in 2011 casually discussed the possibility of Obama getting a challenger, he did not ultimately recruit one).

"We have got to do a lot better to protect the middle class, but it's important to remember how far we've come under President Obama and Vice President Joe Biden,” Sanders said.

“This is a meeting that came together in the last week or two,” Earnest said, adding Obama was “pleased” to have the opportunity.

Still, the White House isn't suggesting Obama and Sanders are kindred spirits, or even close political allies. White House officials say the men lack much of a personal relationship and have markedly different approaches to politics. Obama allies bristle at comparisons between Sanders and the president.

Their reaction is a reminder that even as Obama watches the nomination battle from a distance in Washington, he is personally tied to the outcome. Obama remains focused on ensuring a Democrat wins the White House and on protecting his legacy.  Increasingly, it appears, he sees Clinton as his best hope.

With the Iowa caucuses just days away, Obama showered praise on Clinton and threw some cold water on Sanders, in his interview with Politico.

Sanders' visit to the Oval Office was his first extended meeting with the president since becoming a leading contender. The visit was one of several trips to the Obama White House for Sanders, typically for large, social events or policy rollouts. But the senator hasn't been a close ally or regular staple in strategy meetings.

That's a sharp contrast to Obama's relationship with Clinton -- which has been both deep and complicated. As his secretary of state, Clinton spent hours on Air Force One, shared personal moments and some policy clashes. Even since leaving her post, Clinton has met privately with Obama periodically, often for lunches at the White House.