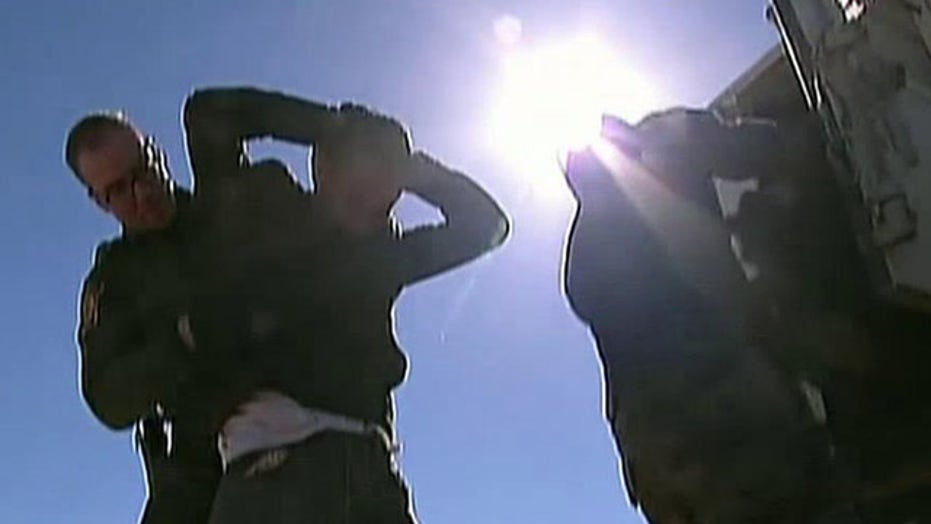 New phase of legal battle playing out in federal court

Justice Department lawyers urged a federal appeals court to lift an injunction on a plan that would let up to 5 million illegal immigrants live in the country, obtain work permits and receive other benefits.

In February, U.S. District Judge Andrew Hanen granted a preliminary injunction at the request of 26 states that oppose Obama's action. Hanen's rulings have temporarily blocked the Obama administration from implementing the policies that would shield illegal immigrants from deportation.

“We have health costs,” Texas Attorney General Ken Paxton, whose state is leading the lawsuit, said. “We have law enforcement costs. Then there’s additional costs to the federal government, because basically this is a benefits program for people who are not actually supposed to be here.”

Victor Ibarra, a 43-year-old protester from Houston, was with a group of restaurant workers. He said it's time to change immigration policy.

"We are human. We want family to be together. We just want to be OK in this country, cause no trouble and have the opportunity to be in the U.S. all our life,” Ibarra said.

Obama announced the executive orders after the November midterm elections, saying inaction by Congress forced him to make sweeping changes to immigration rules on his own.

A coalition of 26 states, led by Texas, sued to overturn Obama's executive action, arguing that it is unconstitutional and would force them to invest more in law enforcement, health care and education.

Justice Department attorneys  have argued that maintaining the temporary hold harms "the interests of the public and of third parties who will be deprived of significant law enforcement and humanitarian benefits of prompt implementation" of the president's immigration action.

The appellate court is taking up the case at a special hearing. It was uncertain how quickly the panel might rule following the hearing. Each side was to get an hour to argue their case.

The first of Obama's orders — to expand a program that protects young immigrants from deportation if they were brought to the U.S. illegally as children — had been set to take effect Feb. 18.

The other major part would extend deportation protections to parents of U.S. citizens and permanent residents who have been in the country for several years. That provision was slated to begin on May 19.