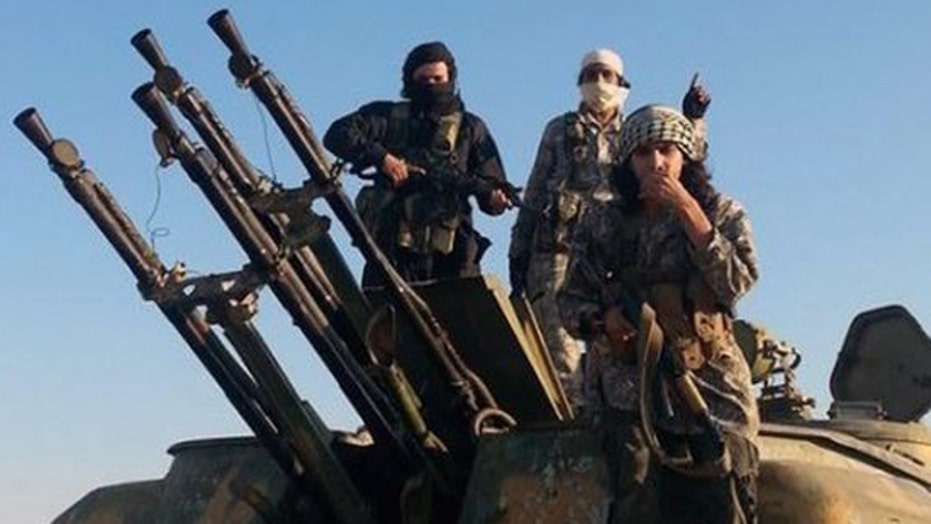 President Obama has authorized the Pentagon to target and kill leaders of the Islamic State militant group, with the organization’s head Abu Bakr al-Baghdadi being at the top of the administration’s list.

U.S. military officials confirmed to Fox News Thursday that Obama had approved the strikes against individual targets for the first time. The authorization was first reported by the Washington Post.

Obama had previously not permitted the military to target individuals from the terrorist organization, also known as ISIS or ISIL, even if intelligence showed where they were located.

“The president has gotten guidance about targets that are available and would be critical to denying ISIL a safe-haven both in Iraq and in Syria,” Earnest said.

Earnest said the administration has identified the targets through ramped up "intelligence, surveillance and reconnaissance assets” in the region.

Pentagon spokesman Rear Admiral John Kirby also told reporters Thursday that destroying a group like the Islamic State requires an “aggressive” approach, which includes “disrupting their ability to command and control and to lead their own forces.”

Obama announced on Wednesday he is sharply escalating the U.S. military campaign against militants, authorizing U.S. airstrikes in Syria along with expanded airstrikes in Iraq.

Obama outlined a “comprehensive” strategy for targeting the organization in Iraq and Syria, including by potentially aiding moderate factions of the Syrian opposition.

Also Thursday, the CIA said that new intelligence assessments of the Islamic State have found that the number of fighters the group is able to muster has grown to as many as three times previous estimates.

A CIA spokesperson told Fox News that a review of intelligence reports from May to August found that the Islamic State can muster 20,000 and 31,500 fighters across Iraq and Syria. This new figure is a significant jump from the agency's previous assessment that the group could muster at least 10,000 fighters.

"This new total reflects an increase in members because of stronger recruitment since June following battlefield successes and the declaration of a caliphate, greater battlefield activity, and additional intelligence," the spokesman said.