New York Mayor Bill de Blasio said he is requesting up to $35 million from the federal government for expenses the city is incurring protecting Trump Tower, where President-elect Donald Trump resides.

Mr. de Blasio said the sum is the estimated cost to the New York Police Department for securing Trump Tower from Election Day on Nov. 8 through Inauguration Day on Jan. 20. He said he plans to send a letter to President Barack Obama asking the federal government to pick up the tab.

A request for comment from the White House wasn’t immediately returned Monday.

Mr. Trump has been conducting transition meetings at Trump Tower, a decision that has led to a heavy security presence in Midtown Manhattan. Mr. de Blasio, a Democrat, said he respected the Republican’s decision to remain at Trump Tower.

“I didn’t vote for him. I didn’t agree with him, but he’s the president-elect,” Mr. de Blasio said at a news conference Monday. 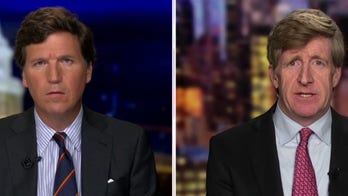