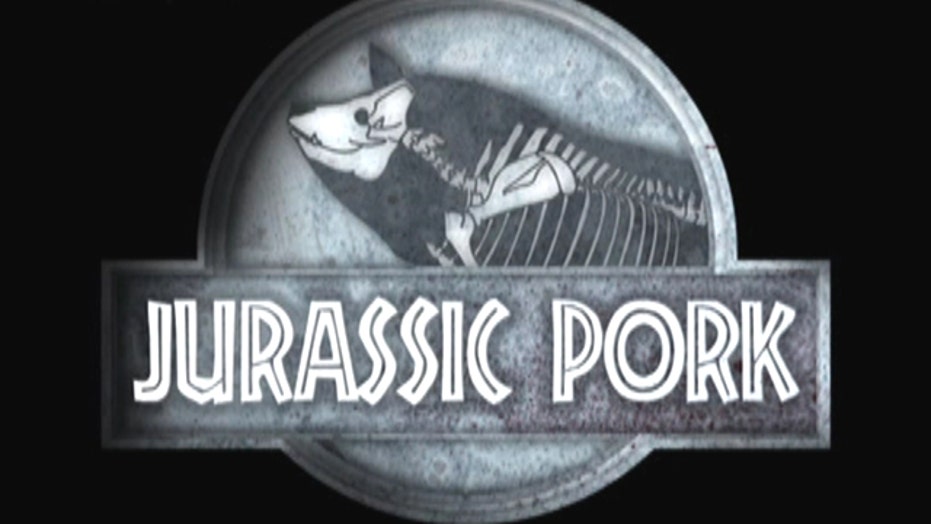 From a railroad theme park in Pennsylvania to a science center in San Francisco, a range of earmark projects have lived on long after the kind of earmarks that spawned them were banned, according to a new report released Thursday called "Jurassic Pork."

Riffing off the release this weekend of the latest "Jurassic Park" film, the report from Sen. Jeff  Flake, R-Ariz., lists what he calls “fossilized” projects. They pre-date the earmark ban but still are collecting money to this day from other taxpayer sources.

“Even long beyond their expiration date, they live on – they find a way,” Flake told Fox News Thursday morning, sounding a bit like Dr. Ian Malcolm himself.

Congress technically banned the practice of earmarks -- provisions that direct funding to a lawmaker's pet projects, typically in his or her home state -- in 2010. But a number of projects that started with earmarked funds are still chugging along.

Flake highlighted Colorado’s Roaring Fork Transportation Authority (RFTA), nicknamed VelociRFTA -- a rapid transit system that even has a dinosaur theme. The public transportation route between Aspen and Greenwood includes buses with WiFi and heated sidewalks, and even "replica dinosaur eggs" for kids to play on. Despite its low usage rates, RFTA has received $36 million since the ban, according to Flake's report.

Meanwhile, Steamtown USA, a railroad theme park in Pennsylvania fueled by an initial earmark in 1986, has received nearly $100 million in federal funding over three decades and millions to this day annually, according to the report, which also suggests Steamtown's National Park designation was railroaded through by its patron in Congress, former Rep. Joseph McDade, R-Pa. "This is another example of how, once the earmark train has left the station, taxpayers can expect it to continue to chug straight off the fiscal cliff," the report reads.

The report also cited San Francisco's Exploratorium, a science center that still gets federal funding, though it also brings in tens of millions of dollars in revenue from admissions and other sources.

Nearly half the idle earmarks are for highway projects. “It’s not like the outlook for U.S. roads and highways is smooth sailing,” the report says, noting the crumbling state of the country’s highway infrastructure amid floundering state and federal budgets. But the money earmarked for these old projects can’t be moved elsewhere until Congress gets the authority to do so.

So along with the report, Flake was introducing legislation Thursday that would give Congress the ability to rescind the balances of these so-called highway earmark orphans, “with the emphasis on returning unused dollars from transportation pork back to the ailing highway trust fund,” which expires in July.

Flake hinted that some members of Congress might not be so fond of the ban. While there has been no proposal for bringing earmarks back, some argue they really only account for less than 1 percent of the annual federal budget.

“A lot of people say [earmarks] grease the skids of legislating, that it helps us pass legislation, but it is not worth it,” Flake told Fox News, calling earmarks the “gateway drug to spending addiction.”

“Earmarks are extinct for a reason, and I doubt taxpayers are interested in a sequel,” Flake added in his release Thursday.