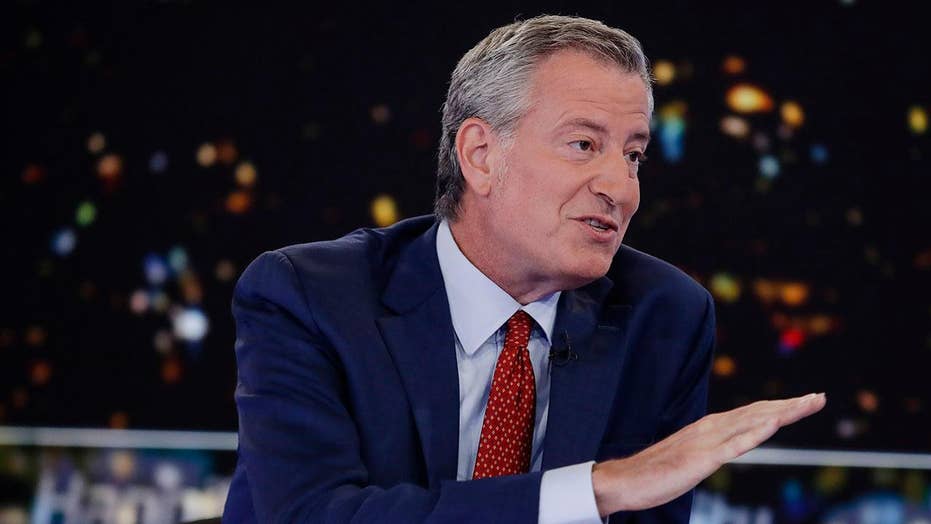 America First PAC Chair Linda McMahon makes the case that the Green New Deal would be detrimental to the U.S. economy.

If New York City Mayor Bill de Blasio thought he could escape the disdain from his constituents while campaigning in Iowa, he was wrong.

A group of Manhattanites flocked to the Iowa State Fair, getting there ahead of the mayor, and passed out fake dollar “Bills” mocking de Blasio, the New York Post reported.

“I said to myself this guy’s wasting millions of dollars in taxpayer money to run for president when … nobody supports him,” group organizer Mike Fischer told the Post. “So we may as well print up dollar bills and hand it around and maybe he’ll get it.”

They have de Blasio’s face in the middle, and bear the phrase “In Bill we trusted in Iowa he fails New Yorkers.”

The phony notes are mostly modeled after the $1 bill, although the top reads: $1,000,000 taxpayers money spent on run for president.” Other jabs include "61,000 New Yorkers homeless."

Fischer is with the West 58th Street Coalition, a group that came together in protest of de Blasio's plan to create a homeless shelter in their wealthy neighborhood known as "Billionaires' Row." The intended building, which once housed the Savoy Hotel, has been called a "firetrap" by retired Fire Department Capt. Robert Kruper.

In July, the Coalition put up billboards in Iowa attacking de Blasio for failing to quickly return home from the campaign trail when New York City fell victim to a massive power outage. Slogans such as "Hey, Bill de Blasio! It’s New York … Remember Us?" appeared on the advertisements.