Janice Dean: Cuomo will never resign even though he asked others to for ‘much less’

Republicans in the New York State Assembly on Monday announced an impeachment resolution against Gov. Andrew Cuomo, saying they believe the Democratic governor has lost "credibility and trust" and has an "inability to lead" the state of New York amid sexual harassment allegations leveled against him and investigations into his handling of the coronavirus pandemic.

New York State Assembly Minority Leader Will Barclay, alongside other Republicans, laid out the plan to introduce an impeachment resolution on Monday.

CUOMO: NEARLY 50 NEW YORK LAWMAKERS CALL FOR GOVERNOR TO RESIGN OR BE IMPEACHED

"We’re going to introduce this resolution because we believe the time has come," Barclay said. "In order to lead this great state as governor, you need to have credibility and trust … and unfortunately, we feel the governor has lost that and now has an inability to lead."

"I don’t think I’ve used the term ‘bombshell’ especially this week, any time more in my life, it has been one bombshell after another," Barclay added, laying out the issues plaguing the Cuomo administration.

Cuomo is facing multiple allegations of sexual harassment and a federal probe into his administration’s tally on COVID-19 deaths tied to nursing homes.

"We had the AG report come out saying that the governor was underreporting nursing home deaths by as much as 50%," Barclay said. "We had that secret political meeting where he had his top aides say they weren’t reporting the nursing home deaths because they were worried about a Department of Justice investigation—they were worried about the political fallout."

He continued, adding that there was "the bullying and the harassing of sitting members of the state legislature."

"Then we had five courageous women come forward to talk about their abuse, sexual harassment, and other abuse at the hands of the governor," Barclay said.

Barclay added that over the weekend, "30 members of the assembly majority" said the governor "ought to resign."

"As you heard the governor say yesterday, I’m not going to resign, if you want to get rid of me, start impeachment," Barclay recalled Cuomo saying. "But we think now is the time to act. We think it’s time to commence impeachment." 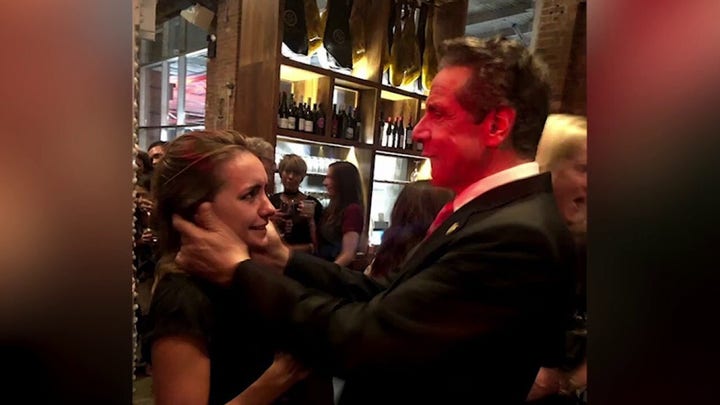 Barclay acknowledged that Republicans "won’t be able to force a vote," but said they would "keep pounding on this issue."

"We hope that the political pressure keeps getting greater and greater," Barclay said. "We’re hoping by doing this, we’re going to keep reminding the majorities that it’s time for them to act."

He added: "If they really believe in resignation, why not start the impeachment process?"

Cuomo is also facing calls to step down from Democrats.

State Senate Majority Leader Andrea Stewart-Cousins, a Democrat from Yonkers, said in a statement that the allegations are "drawing away from the business of government."

"New York is still in the midst of the pandemic and is still facing the societal, health and economic impacts of it [the virus]," she said. "We need to govern without daily distraction. For the good of the state Governor Cuomo must resign."

The Associated Press, citing an unnamed source, reported that Cuomo had a brief phone conversation with Stewart-Cousins and told her that he would not quit and that if they want him out of office, they would need to impeach him.

CUOMO APOLOGIZES BUT WON'T RESIGN AS HE DENIES TOUCHING ANYONE 'INAPPROPRIATELY': 'I AM EMBARRASSED'

Since the statement from Stewart-Cousins, more lawmakers from the state have stepped forward and are calling for his resignation.

According to a tally from Fox News, a total of 37 lawmakers from either the Assembly or state Senate want him to resign, and 10 have called for impeachment.

Cuomo has denied some of the allegations against him and his office has denied altering the count of nursing home deaths.

Barclay and Republicans first signaled their intention to form an impeachment commission to "gather facts and evidence" surrounding Cuomo’s handling of the coronavirus crisis and underreported COVID-19 nursing home deaths in the state last month. 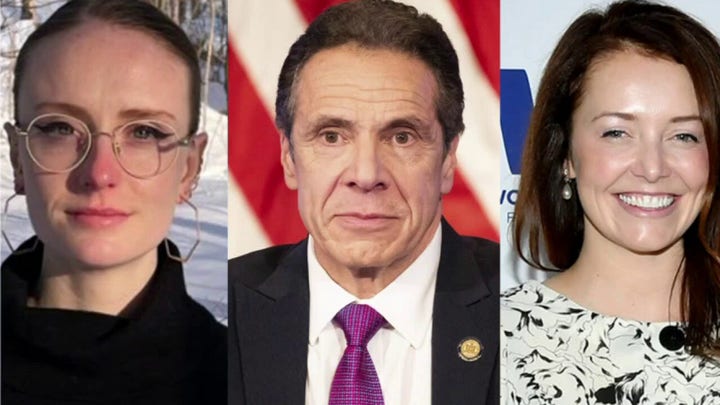 That was before several women came forward leveling allegations of sexual harassment against him.

Cuomo, last week, retained a white-collar criminal defense attorney Elkan Abramowitz amid the investigations into the allegations of sexual harassment and into the governor's coronavirus policy, according to The Wall Street Journal. Thousands of COVID-19 deaths occurred in nursing homes in the state.

As for the nursing home investigations, Republicans in the House of Representatives want to subpoena Cuomo to testify before Congress, as the FBI and U.S. Attorney's office in Brooklyn are believed to have begun an investigation into how the Cuomo administration handled the state’s nursing home crisis during the pandemic.

The inquiries and investigations were spurred by New York State Attorney General Letitia James’ report, released last month, which revealed that, as of Jan. 27, 2021, there were 5,597 confirmed deaths due to COVID-19 in nursing homes and an additional 2,783 presumed deaths. In assisted care facilities, there were 160 deaths and 52 presumed deaths.

Cuomo has defended the nursing home policy as in line with guidance from the Trump administration at the time.

The Office of the Attorney General asked 62 nursing homes to provide data about deaths in their facilities.

The report, which revealed the findings of an investigation into allegations of patient neglect and other "concerning conduct" that jeopardized the health and safety of both patients and employees, said that some facilities failed to comply with health protocols to stop the spread of the virus.

Meanwhile, James last week was given the authority to move forward with an independent investigation into the sexual harassment allegations leveled against Cuomo by several former female staffers.

Lindsey Boylan, one of Cuomo's accusers, took to Twitter on Saturday after another woman came forward, and posted, "Resign you disgusting monster."

Last week, during a briefing, Cuomo addressed the allegations of sexual harassment, saying he understands he "acted in a way that made people feel uncomfortable. It was unintentional and I truly and deeply apologize for it."

"I feel awful about it and frankly I am embarrassed by it," Cuomo said, adding that he "never knew at the time I was making anyone feel uncomfortable."

Cuomo said he has "learned an important lesson," and "will be the better for this experience."

The governor also stressed that he "never touched anyone inappropriately." When asked about the photograph of him gripping the face of Anna Ruch, who accused him of grabbing her face and kissing her cheek without permission, Cuomo claimed that it is a "customary" way for him to greet people.