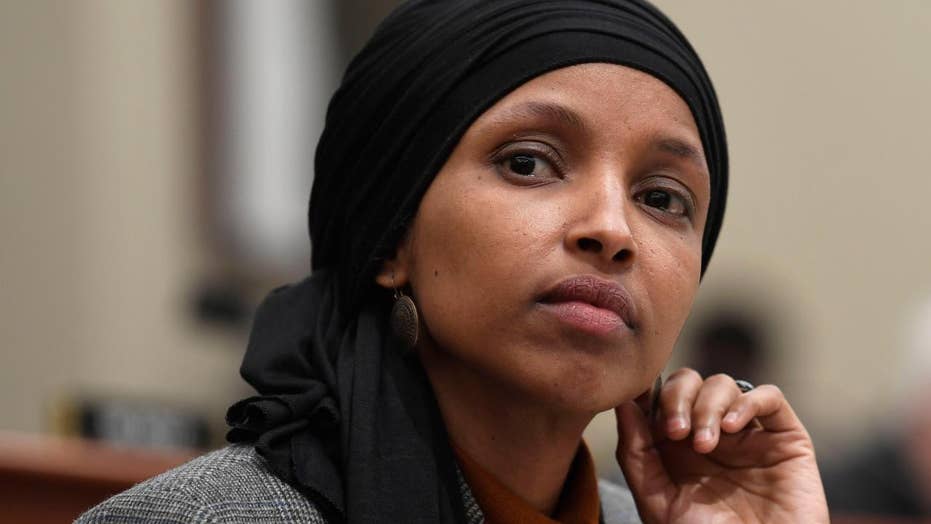 U.S. Rep. Max Rose, a Jewish New York Democrat in his first term in Congress, apologized to visibly frustrated constituents at a town hall in Staten Island on Tuesday for not "protecting them" from fellow freshman Democrat Rep. Ilhan Omar's repeated use of "anti-Semitic tropes."

Rose's comments came as Minnesota Democrats are seriously considering the prospect of supporting an unprecedented primary challenge against the 37-year-old Omar in 2020, following bipartisan condemnation of several of her remarks, according to officials and state representatives. Earlier this month, the House passed a bipartisan resolution condemning hate of all kinds in the wake of Omar's comments. But Democrats kept Omar's name out of the resolution, which several Republicans opposed as a watered-down, half-hearted effort.

ON THE STREETS IN OMAR'S DISTRICT: SOMALI GANGS, NO TALKING WITH THE COPS

“As a young congressman, I’ve got to tell you I’m sorry,” Rose told an audience gathered by the Council of Jewish Organizations (COJO), according to a video of the town hall posted on Facebook by Jewish Insider, which first reported the comments. “You sent me to Congress to take responsibility. You sent me to Congress to have your back ... and I failed you. Because I know that Congresswoman Ilhan Omar’s comments really caused you all a lot of pain by bringing up anti-Semitic tropes.”

Omar, a Somali-American and one of two Muslim women in Congress, posted on Twitter in 2012 that “Israel has hypnotized the world, may Allah awaken the people and help them see the evil doings of Israel.” She drew condemnation in February even from fellow Democrats after she implied that Jewish politicians in the U.S. were bought.

Omar re-ignited the flames later that month when she once again suggested that groups supportive of Israel were pushing members of Congress to have "allegiance to a foreign country."

Rose, 32, a U.S. Army veteran of the war in Afghanistan and Purple Heart recipient, denied that his Jewish faith affected his patriotism and called Omar's remarks "horrifying" -- but he said she should not yet lose her seat on the powerful House Foreign Relations Committee, a prospective move he called an unnecessary "escalation." Republicans, earlier this year, stripped U.S. Rep. Steve King, R-Iowa, of his committee assignments after he made remarks widely seen as supportive of white nationalism, although King denied those charges.

Rose continued: “We have got to show her that there is a pathway for her to do the right thing, and we have to be vigilant towards that. Believe me, she understands that [removing her from her committee assignments] is a possibility, and nobody is taking that off the table, but we are not there yet.”

Adding that “I am not satisfied with what I’ve seen thus far, I’m not," Rose concluded by saying that he nevertheless accepted Omar's apology. President Trump and top Republicans have characterized Omar's apology as half-hearted and insincere, saying that her repeated anti-Israel comments revealed her true feelings.

"I was horrified and sad when she made the comments," Rose said. "So horrified that as a freshman member of Congress I stepped in front of my party’s leadership and I was the first member of the Democratic Party to criticize her. I did say that I accepted her apology. You know why I did that? Because I am an adult. Because my goal was to continue the quiet and non-glamorous actions of coalition-building and trying to protect the people in this room from those comments being made.”

"I was horrified and sad when she made the comments."

Other Democrats have offered less-than-flattering defenses for the congresswoman. House Speaker Nancy Pelosi raised eyebrows earlier this month when she said Omar “doesn’t understand” that some of the words she uses are "fraught with meaning."

Activists and officials interviewed in Minnesota have said recently while they have not yet recruited a viable alternative candidate to run against Omar, frustrations are mounting.

And Omar Jamal, a Somali community activist, told the Washington Post that he has been in touch with Jewish community leaders about Omar. He said he supported her campaign but called her recent comments, "wrong, period."

"This is up to Ilhan Omar," he said. "She has really spoken in a very dangerous way, and it’s going to be up to her to reach out to people and fix this." 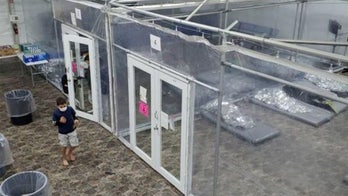