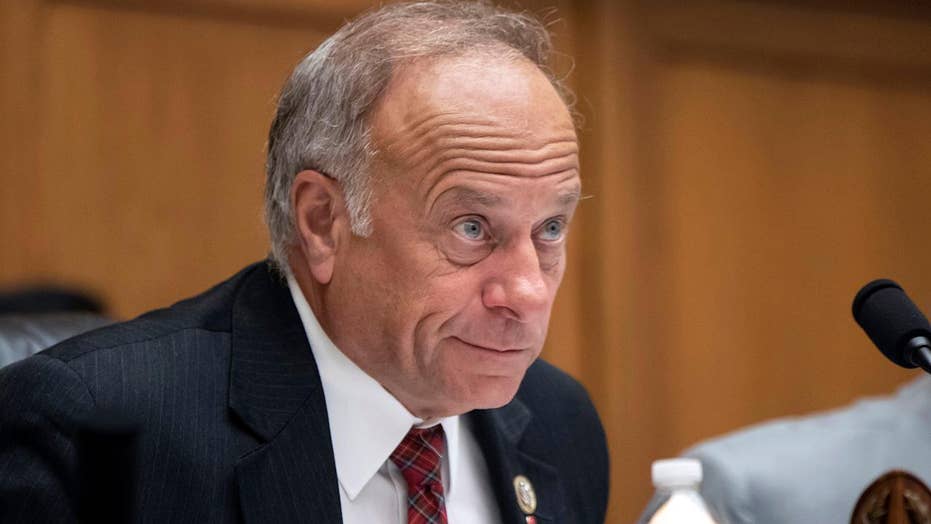 "We will not tolerate this type of language in the Republican Party ... or in the Democratic Party as well," House Minority Leader Kevin McCarthy, R-Calif., told reporters. "I watched what Steve King said and we took action."

In a formal statement, McCarthy said King's comments were "beneath the dignity of the Party of Lincoln and the United States of America. His comments call into question whether he will treat all Americans equally, without regard for race and ethnicity. House Republicans are clear: We are all in this together, as fellow citizens equal before God and the law. As Congressman King’s fellow citizens, let us hope and pray earnestly that this action will lead to greater reflection and ultimately change on his part.”

In a statement of his own, King insisted that his comments had been "completely mischaracterized" and blasted McCarthy for what King called "a political decision that ignores the truth." According to his website, King was previously a member of House committees on the judiciary, agriculture and small business.

King, 69, was already under fire from both parties over a series of racially charged remarks when he made the head-turning comments in a New York Times interview published last week.

“White nationalist, white supremacist, Western civilization — how did that language become offensive?” King asked the paper. “Why did I sit in classes teaching me about the merits of our history and our civilization?”

In his statement Monday, King insisted his use of "that language" was referring "ONLY to Western Civilization and NOT to any previously stated evil ideology ALL of which I have denounced.

"My record as a vocal advocate for Western Civilization is nearly as full as my record in defense of Freedom of Speech," King concluded. " ... I will continue to point out the truth and work with all the vigor that I have to represent 4th District Iowans for at least the next two years.”

The loss of King's committee assignments may not be the end of his trouble. Earlier Monday, Reps. Bobby Rush, D-Ill., and Tim Ryan, D-Ohio, introduced separate censure resolutions against the Republican. Censure is one of three formal modes of punishment in the House. It is more severe than a reprimand, but not as severe as expulsion. The House has only censured 23 members in history, most recently, former Rep. Charlie Rangel, D-N.Y., in December 2010.

"Anything less [than censure] would be a slap on the wrist," Rush told reporters. "Steve King’s continual, serial, expression of hard, rabid racism must come to a screeching halt. This Congress must rise up and express its sentiment."

Senate Republicans also expressed their disgust with King, with Majority Leader Mitch McConnell, R-Ky., saying that if King “doesn't understand why 'white supremacy' is offensive, he should find another line of work.”

“There is no place in the Republican Party, the Congress or the country for an ideology of racial supremacy of any kind,” McConnell said. “I have no tolerance for such positions and those who espouse these views are not supporters of American ideals and freedoms. Rep. King's statements are unwelcome and unworthy of his elected position."

Sen. Mitt Romney, R-Utah, said King's remarks "are his own and his exclusively and what he said was reprehensible and ought to lead to his resignation from Congress."

"I think it’s very clear that the party leadership is unified that Steve King is out of bounds and that he should no longer be serving in Congress," Romney said.

Last year, King tweeted “culture and demographics are our destiny” and said we “can't restore our civilization with somebody else's babies.”

In 2013, he commented that while he has some sympathy for some illegal immigrants, "they aren't all valedictorians, they weren't all brought in by their parents -- for everyone who's a valedictorian, there's another 100 out there who weigh 130 pounds and they've got calves the size of cantaloupes because they're hauling 75 pounds of marijuana across the desert."

Shortly before the 2018 midterm elections, in which King was running, Rep. Steve Stivers, R-Ohio, then the head of the GOP campaign committee, issued an extraordinary public denunciation of him.

King has already drawn a primary challenger for the 2020 election: Randy Feenstra, a GOP state senator.

Fox News' Gregg Re, Jason Donner and The Associated Press contributed to this report.