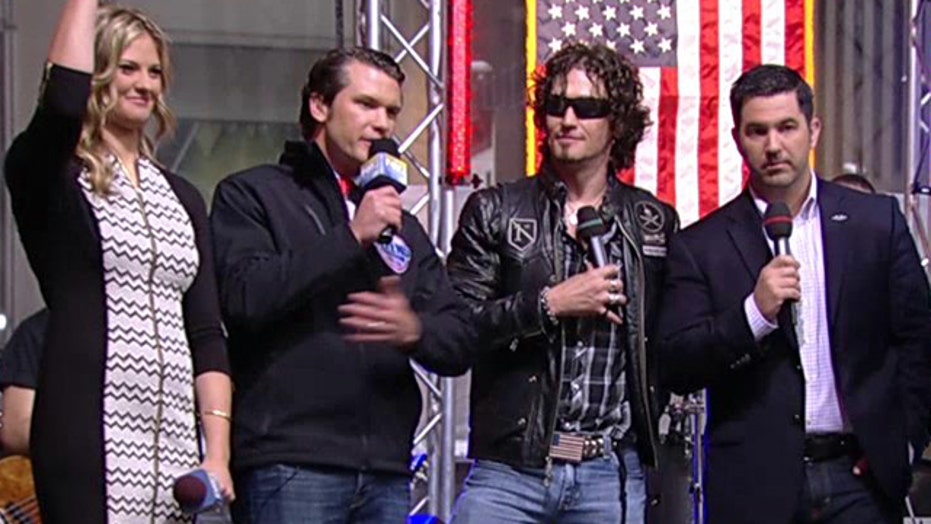 Nearly a year after a scandal rocked the Department of Veterans Affairs, revealing that the agency's centers nationwide were manipulating records to hide dangerously long patient wait times, the bad news just keeps on coming -- calling into question the agency’s promise to clean house.

Ignored claims, manipulated records, cost overruns and even one facility infested with insects and rodents are among the latest issues uncovered by a blistering VA Inspector General’s report. The auditor's probe found that more than 31,000 inquiries placed by veterans to the Philadelphia Regional VA office call center went ignored for more than 312 days, even though they were supposed to be answered in five. Perhaps even worse, claim dates were manipulated to hide delays, $2.2 million in improper payments were made because of duplicate records, 22,000 pieces of returned mail went ignored and some 16,600 documents involving patient records and dating back to 2011 were never scanned into the system.

“This report is as bleak as it gets, full of systemic malfeasance and deliberate data manipulation.”

“This report is as bleak as it gets, full of systemic malfeasance and deliberate data manipulation,” charged Rep. Jeff Miller, R-Fla., chairman of the House Committee on Veterans Affairs, in a statement after the story broke April 15. “The Philadelphia VA Regional Office is in crisis, brought on by years of mismanagement and encouraged by VA’s longstanding refusal to hold employees accountable.”

The report also found that more than 150 employees were forced to work in a dilapidated, leaky warehouse infested with insects and rodents.

It wasn’t the only black eye for the VA, which has been trying to pursue system-wide reforms since Robert McDonald took over for VA Secretary Eric Shinseki, who resigned during last spring’s VA scandal. After reports in April 2014 that some vets may have died waiting for appointments with the Phoenix VA facility, the IG found that wait times for thousands had been electronically manipulated while some 1,700 vets were put on a secret list to cover up their long waits. It was later revealed that 18 of those on the secret ledger died before getting their appointments.

The scandal led to more whistleblowers and investigations, which found that VAs nationwide either sidetracked or manipulated the wait times for more than 57,000 veterans.

This week, lawmakers grilled VA officials on another front: reports that the construction of a new VA facility in Denver, which has been in the works for years, has so far cost a budget-busting $1.7 billion, and is still incomplete. Officials have run out of money to pay for it.

Miller’s committee held a hearing this week at which members asked VA officials why contract specialist Adelino Gorospe, who said he was fired after warning department executives in 2011 that the hospital would cost more than estimated, was fired, but Glenn Haggstrom, the VA’s top construction executive, was able to retire with full pension benefits amid the investigation.

“What’s most disappointing about this situation, however, is that Haggstrom left on his own terms – with a lifetime pension – even though any reasonable person would conclude that he should have been fired years ago,” said Miller, calling the VA’s construction program, “a disaster.”

The VA did not respond to an inquiry by Foxnews.com on Friday.

In response to the Philadelphia IG report, the VA said the findings “reflect conditions a year ago.” Once issues were brought to their attention by whistleblowers, reforms were already in high gear during the IG’s inspection, first and foremost with a new director Diana Rubens, who was brought in to tackle the reforms in July 2014.

"This is not a new thing, this is a last-year thing," Allison Hickey, the VA's official in charge of benefits, told The Associated Press.

But the IG’s report rejects that notion, saying it was getting complaints as recently as last month.

Meanwhile, tensions also mounted over whether VA officials who retaliated against whistleblowers have been held accountable during a subcommittee on oversight hearing this week.

“If you want to send a message that wrong-doers are going to be held accountable, you have to hold at least one person accountable,” charged Rep. Kathleen Rice, D-N.Y.

Meghan Flanz, director of the VA’s Accountability Review, responded by saying the agency had myriad investigations open and would take measures when the evidence required it. However, she did not feel that a new whistleblower protection bill mulled in the House would be necessary.

Veterans Affairs Secretary Robert McDonald has vowed to turn the agency around.

“We will, whenever the evidence shows retaliation is engaged in, hold them accountable,” Flanz said.

Garry Augustine, executive director of the Disabled American Veterans (DAV), agreed that VA’s continued bad press as each scandal is exposed paints a grim picture. But he thinks much of this shows how much more proactive the national office has been since last year.

“For too long, the VA has depended on reports coming into the central office saying everything is fine, with no one taking a closer look,” he told Foxnews.com. “This team is actually sifting through the garbage and finding the nasty stuff… what’s rotten, and what needs to be fixed.”

One success story was reported by the Tribune-Review earlier this month, citing VA data that showed the VA Pittsburgh Healthcare system has all but eliminated its secret waiting list, and cut the number of vets waiting for more than 30 days for an appointment to half.

Hal Donahue, an Air Force veteran who writes about veterans issues and works with the American Veterans Committee, agreed that McDonald – who was confirmed last July -- is on the spot to clean up a huge mess that has put thousands of veterans at risk of missing out on benefits and getting timely health care.

“I’m seeing progress but it's like unraveling a big ball of knots,” he told Foxnews.com. “The VA is so vast it’s going to take a while.”