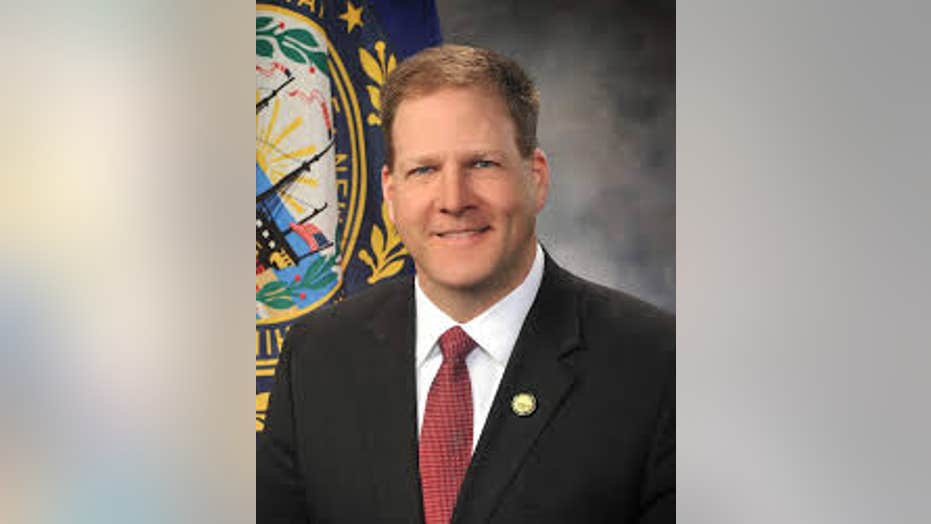 New Hampshire Republican Gov. Chris Sununu slammed Massachusetts officials Friday, accusing them of being responsible for the shocking crash in his state that killed seven bikers.

The attack follows revelations that Volodymyr Zhukovskyy, 23, the Massachusetts truck driver who has been charged with negligent homicide in the June crash, should have had his driving license suspended for previous infractions, but the Massachusetts Registry of Motor Vehicles took no action.

“Make no mistake: The deficiencies within the Massachusetts RMV under the leadership of Ms. Deveney resulted in the horrific crash in Randolph,” Sununu spokesman Benjamin Vihstadt told the Boston Globe.

“Make no mistake: The deficiencies within the Massachusetts RMV under the leadership of Ms. Deveney resulted in the horrific crash in Randolph.”

The governor’s office comments also follow remarks by Erin Deveney, the RMV’s former registrar, who blamed both New Hampshire and Massachusetts for failing to transmit notifications about out-of-state drivers whose licenses should be suspended. She later resigned amid the uproar over the failure to suspend the man’s license.

Erin Deveney, shown in 2014, resigned as head of the motor vehicle division in Massachusetts after it was determined that Volodymyr Zhukovskyy's commercial driving license should have been suspended prior to a horrific deadly crash in June. (Associated Press)

But Sununu’s spokesman blasted the suggestion of equal blame, saying, “For Ms. Deveney to try and conflate the severity of their problem with New Hampshire is shameful and reaffirms why she no longer has a job.”

Volodymyr Zhukovskyy, 23, of West Springfield, the driver of a pickup truck in a fiery collision on a highway in rural Randolph, N.H., that killed seven motorcyclists, stands with his attorney Donald Frank during a hearing in Springfield District Court in Springfield, Mass., June 24, 2019. (Associated Press)

Since the crash, it has emerged that Zhukovskyy had multiple run-ins with the law.

In May, Connecticut prosecutors said Zhukovskyy was arrested in a Walmart parking lot after failing a sobriety test. Zhukovskyy's lawyer in that case, John O'Brien, said his client denies being intoxicated and will fight the charge.

This photo provided by Miranda Thompson shows the scene where several motorcycles and a pickup truck collided on a rural, two-lane highway Friday, June 21, 2019 in Randolph, N.H. (Associated Press)

Zhukovskyy's refusal to take a chemical sobriety test should have resulted in an immediate suspension of his commercial drivers license, but no such action was taken by Massachusetts authorities. 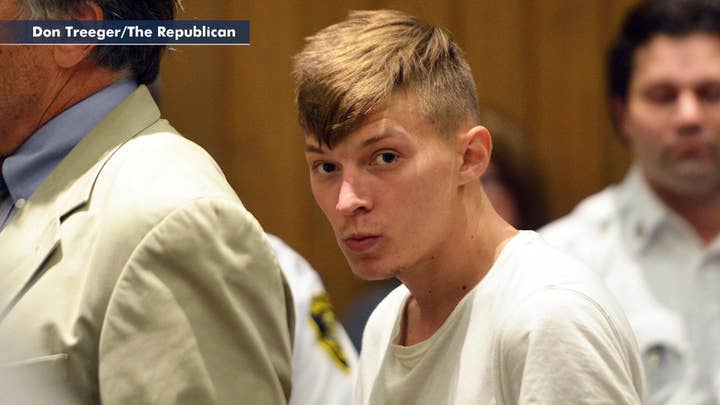 Westfield Transport, the company for which Zhukovskyy had been driving on the day of the June 21 crash, also has a troubled history.