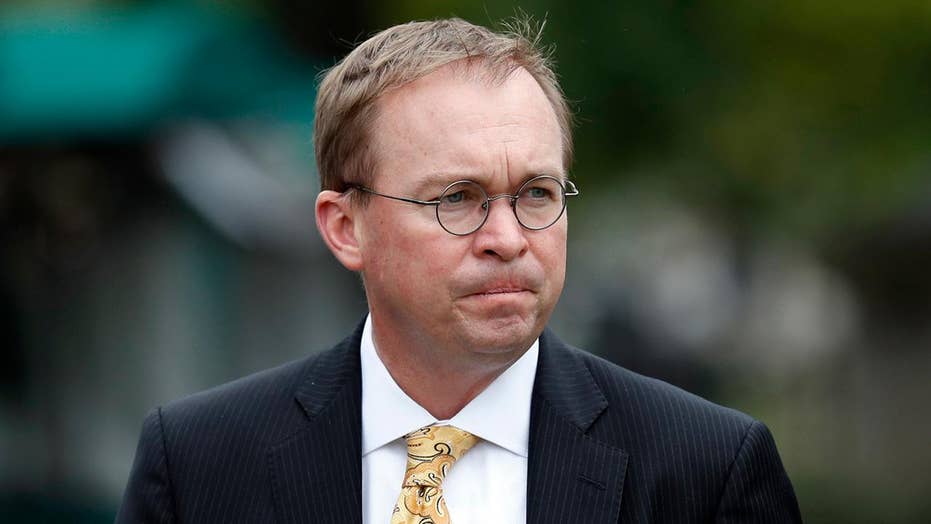 Former Congressman Jason Chaffetz weighs in on the latest developments in the House impeachment inquiry.

An attorney for Mick Mulvaney says the acting White House chief of staff has changed his mind and will not join a lawsuit seeking a court order to settle the issue of whether he must comply with a congressional subpoena in the impeachment inquiry of President Trump or follow White House instructions not to cooperate.

Mulvaney had previously filed a motion to join the lawsuit brought by former White House deputy national security adviser Charles Kupperman, who sued last month ahead of his scheduled testimony before the House Intelligence, Foreign Affairs and Oversight Committees. Now, he says he has reconsidered and will follow the White House’s instructions not to testify.

“After further consideration, Mr. Mulvaney does not intend to pursue litigation regarding the deposition subpoena issued to him by the U.S. House of Representatives. Rather, he will rely on the direction of the President, as supported by an opinion of the Office of Legal Counsel of the U.S. Department of Justice, in not appearing for the relevant deposition,” said the notice filed by Mulvaney’s attorney.

As a result of this decision, Mulvaney told the court they no longer need to consider his motion to intervene in the case.

Mulvaney was originally subpoenaed to testify before House committees last week, and he opted not to show up for a Friday deposition.

Kupperman, when he filed his lawsuit, remained open to cooperating with Congress – provided a judge orders him to do so. House Democrats then withdrew their subpoena rather than engage in a court battle.